My review of the Kodak Office HERO 6.1 is presented in two parts. Part 1 covered initial impressions and setup. This part focuses on functionality and features. 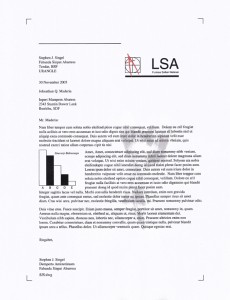 Overall, I would deem the office output speeds of the Office HERO 6.1 as adequate but not impressive. Output speeds were particularly slow when duplexing, using the ADF, or both. End users may find themselves making a mental trade-off between their desire to print in duplex and reduce paper use and their need to get output quickly. Still, the automatic duplexing and the duplexing ADF are convenient. One odd feature I noticed is that when using the ADF to copy in duplex, the copied output is smaller than the original, something also noted in a Trusteed Reviews review of this machine.

I was unimpressed with the waterfastness of the output on plain paper (Staples multipurpose bright white). Despite the use of a fully pigmented ink set, a damp finger easily smudged output as did yellow highlighter (see photos). I tried printing output on Kodak Ultimate Paper. There was no discernable improvement in smudging, but output was sharper and colors noticeably brighter on this paper.

For letter-sized output, Kodak says the 10B and 10C cartridges result in a black ink cost per page of 2.8 cents and a color one of 8.2 cents, which is good but not best in class. The black cost is a bit on the high side compared with some new office-oriented inkjets offered by rivals, but the color cost is competitive although, again, not class-leading.

My scanning experiments involved scanning both documents and photos. Scanning to my Mac over wireless did not work. I once again accessed Kodak’s support site for this issue and followed instructions. Scan to Mac still did not work, indicating that this may be one of the features my firewall is blocking. Scan to USB, however, worked perfectly and quickly. The device also allows scanning to memory card, email, or network folder.

Printing an 8.5 × 11-inch photo in default mode took approximately 2 minutes, which certainly isn’t fast. However, the end result, printed on Kodak’s lowest-grade of photo paper, “three-star” Kodak Photo Paper, was impressive. Printing a borderless 4 × 6-inch snapshot on Kodak Ultra Premium Photo took 50 seconds, which like the letter-sized print speeds, was not quite as fast as advertised. Output quality on both grades of photo paper was seemingly identical; the only difference was that the premium stock was heavier and glossier. 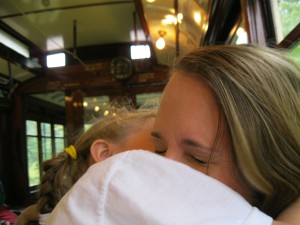 This photo is a weird shot captured inside a hundred-year-old working train.

To my eye, the Kodak inkjet prints were superior in quality to those printed using online services. Colors were more vibrant but without being overly saturated. Skin tones were realistic on all printed photos except for one, which had some odd lighting and captured your reviewer and her child at an unusual angle (see photos).

I also liked the fact that it was relatively simple to get the size photo you wanted printed on the size media you wanted with the Office HERO 6.1. This was not the case with my home office’s admittedly older and less expensive inkjet all-in-one. My only photo-printing experiments on that machine have been time- and curse-intensive.

Kodak and Wilhelm Imaging Research both quote long lives for output printed using Kodak’s pigmented ink set. Kodak’s website says prints can last more than 100 years. Wilhelm Imaging Research (WIR) conducted testing of the ESP 5250, which uses the same inks as the Office HERO 6.1, last year. Results can be seen on the firm’s website. WIR indicates prints can last up to 300 years in albums/dark storage, 120 to 290 years under glass, or 34 to 81 years for displayed prints not framed.

This is a scan of the Office Hero 6.1’s print. The inkjet-printed photo is better than the scan, but colors are off. This was the one sample photo where the Office HERO 6.1 disappointed me. Other photos were much better.

QualityLogic rates the cost per 4 × 6-inch photo printed using the 10B and 10C cartridges at 12.0 to 12.3 cents, depending on model. (QualityLogic has not yet rated the Office HERO 6.1.) If accurate, this is quite good for an inkjet device and competitive with the costs of online photo printing. The starting price for 4 × 6-inch inch prints at both Shutterfly and Kodak Gallery is 15 cents apiece. Prepaid plans can bring the price down to 9 cents per photo on Shutterfly, and there are other occasional promotions that lower these prices. Snapfish boasts a 9 cent price per 4 × 6-inch print.

I printed test Google Docs via Google Cloud Print, and encountered no trouble. But to be honest, I really don’t use Google Docs or Google Mail, so I was primarily interested in the cloud/mobile printing technology I would be more likely to use: Kodak Email Print. It enables you to print common file types by sending an email from any email-enabled device.

I sent both Word documents and PDFs using Kodak Email Print by sending an email from my laptop. Email messages sent via my laptop printed out—just the message itself, minus the header. I had success in printing Word and Excel files sent as attachments. Oddly, I found some PDFs printed, but others did not. Unfortunately, there is no sort of notice via Kodak Email Print or Kodak AiO Home Center when an attachment does not print.  The content, apparently, is just lost in the cloud. I eventually figured out that file names appeared to be the issue preventing some PDFs from printing. Removing an offending character—a vertical slash “|” which my Mac automatically places in some PDF names when saving content from the web—made all the difference. An easy fix, to be sure, but this problem would be more frustrating if I weren’t standing a foot away from the printer and were instead on-the-go, blithely assuming my output was printed and waiting for me at home.

Printing photos via Kodak Email Print worked beautifully. The Smart Sensors detected the size of photo paper I had installed and photos were printed borderlessly on either 8.5 × 11-inch or 4× 6-inch paper, depending on what was in the input tray. As long as I sent no email message, no photo paper was expended needlessly, and only the photo itself was printed. 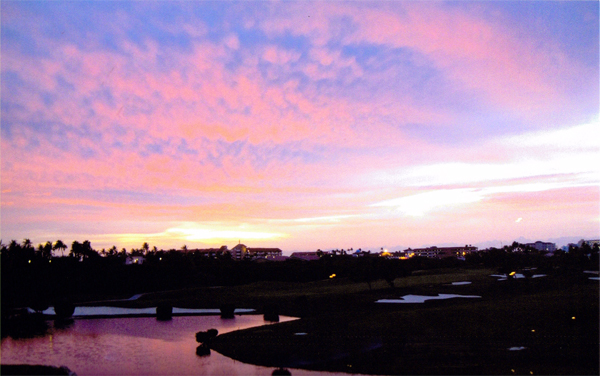 I also tested Kodak Email Print from an Android phone and was able to print Microsoft Office files and photos as well as accompanying emails. When using Kodak Email Print via Android, I noticed the Office HERO 6.1 printed more than just the email message, including the header (from, to, and subject) and the auto signature, including the “Connected by DROID” line. You have to strip out as much of this information as possible when sending photos to avoid printing a needless 8.5 × 11-inch or 4× 6-inch photo paper sheet containing just an email header and “Connected by DROID.”

My one gripe about using Kodak Email Print with the Office HERO 6.1 is that you are limited to printing either documents or photos when you are mobile. Because there is no separate dedicated photo paper tray, you can’t print both types of output unless you want to waste 8.5 × 11-inch photo paper on office documents or print photos on office paper. You have to know when leaving the home office what sort of output you want to print while out and about and load your paper accordingly.

Overall, I liked the Office HERO 6.1’s output quality, particularly for photos; its duplexing capability; its duplexing ADF; and Kodak Email Print. I was less impressed with output speed and smudgeproofness of output. I also experienced a few frustrating moments during the installation that made me wonder, “What happened to me clicking the button and you doing the rest, Kodak?” But with the exception of scanning to my Mac, which I never figured out, I was able to wade through the setup process and online help and enable the desired functionality. Do I anticipate the Office Hero 6.1 will boost my office output? Nope. I can, however, actually envision printing a few selected photos on an inkjet now, something I have never done previously. It remains to be seen how often I use Kodak Email Print. For me this is more an interesting occasional-use feature than a driver of any significant print volumes.