You are at:Home»Uncategorized»The More Things Change, the More They Stay the Same

After spending the last ten years of my career tracking and analyzing the printer and copier consumables industry, I retired about three years ago to a life of leisure, never again to concern myself with TCO or CPP or any of the other acronyms the industry uses to quantify the use of consumables. When Charlie Brewer asked me to write something about the changes that have happened in the industry since I retired in 2008, my first thought was, “That shouldn’t be difficult.” 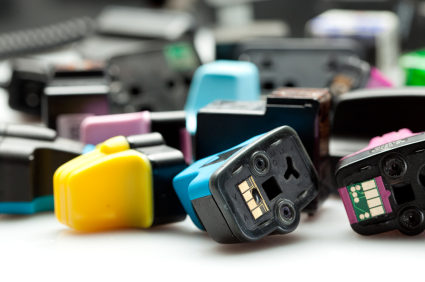 Supplies were always a very lucrative business, whether the supplies were $300 towel ribbons and “green-bar” paper for line printers or $12 ink tanks

I first started working in the printer industry in 1969 when I was employed by a division of Holley Carburetor that had developed one of the first drum printers. That division was acquired by Control Data Corporation, which eventually acquired Centronics Data Computer. I then went on to work for a Japanese consumer printer manufacturer and an industrial printer manufacturer. So I have seen it all, from large data center drum-, train-, and band-type impact printers, through dot matrix and thermal printers, to inkjet and laser printers. And through it all, supplies were always a very lucrative business for both the OEM and the aftermarket, whether the supplies were $300 towel ribbons and “green-bar” paper for line printers or $12 ink tanks for low-end inkjet printers.

Although supplies have always been a financially rewarding business, what has changed is the intensity of the competition. Three years ago, the printer OEMs and the aftermarket were just beginning to get serious about managed print services (MPS), a business the copier companies had always been in. Today, all of the OEMs offer MPS as do all of the larger aftermarket companies, and the competition seems to be intense. There has been a flurry of merger-and-acquisition activity as OEMs and even aftermarket manufacturers snap up companies with MPS technology offerings. The aftermarket industry has consolidated as companies like Clover have bought up smaller players. The days of the “mom and pop” remanufacturer seem to be over.

There is a reason for the intense competition. People and companies are printing less, and suppliers are competing for a smaller overall market. The reasons why people are printing less are very simple. Data storage is cheap and virtually unlimited and high-definition displays are the norm. It’s much easier to store and find electronic data than to print, file, and then retrieve hard copy data. The last full year that I worked for Lyra Research (2007) marked the first year that shipments and revenue from sales of office papers did not increase. That was the beginning of a steady decline in shipments of paper, a decline that appears to be accelerating due to the effects of the above-mentioned cheap data storage and high-def displays as well as the worldwide recession.

One other thing that appears to be changing is market acceptance of inkjet technology. Since the Canon BubbleJet and HP ThinkJet printers of the early 1980s, inkjet technology has continuously improved in speed, print quality, and cost of ownership. Today’s higher-end business-class inkjet printers, such as the HP Officejet Pro or Epson WorkForce Pro series, have finally addressed all of the objections to inkjet in the office. They are fast, the print quality is outstanding, and many are cheaper to operate than laser printers. The recent development of Memjet technology promises to further legitimize inkjet technology in the office.

Although less printing and more intense competition for the supplies dollar are things that have changed since I retired three years ago, not much else has changed. OEMs are still filing lawsuits against the aftermarket. The aftermarket is still frantically working to develop chips and technologies to outsmart the latest OEM offerings. The hardware continues to become cheaper, faster, and better. The technologies of the inks and toners continue to improve, making them ever more difficult for the aftermarket to reverse engineer, something that they always seem to be able to accomplish. The more things change, the more they stay the same.