You are at:Home»Uncategorized»Actionable Intelligence Crowns Its Top Stories of 2011 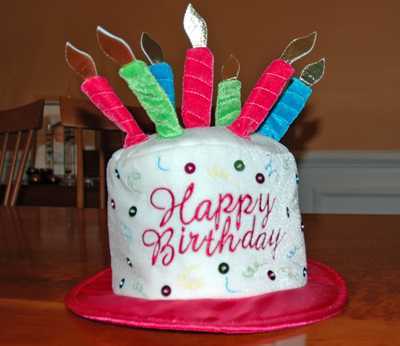 As skilled multitaskers accustomed to wearing multiple hats, we have appointed this both our “Happy Birthday, Actionable Intelligence“ hat and our “Shameless Huckster” hat

Before launching into the year’s top stories in terms of overall number of visits, I would like to don my shameless huckster hat and point out that the Actionable Intelligence website itself is a “new development” in 2011. The Actionable Intelligence website was officially launched in January. Since then, our company has learned a lot about the types of content our readers most value, and we continually change our site to better meet your needs. In addition to the small tweaks you will see from time to time, Actionable Intelligence undertook a major relaunch of the site this summer to include premium content available only to subscribers, new categories of content, and hundreds of unique tags that improve the way you can sort content.

Recently, Actionable Intelligence achieved a couple of major milestones. We surpassed 100,000 visits this fall. Our visitors come from a stunning 175 different countries—although the United States is by far our biggest audience, followed by the United Kingdom, Canada, Japan, and China.

This fall, Actionable Intelligence also published its 400th article. By year’s end, I estimate we will have published about 450 articles.  For those of you debating whether to purchase a subscription, I’d like to point out that while our annual subscription price of $239 is an excellent value on a monthly basis at less than $20 a month, it is an even better value on an article basis at 53 cents per story. That concludes the end of my sales pitch. I’ll leave sales to Mr. Brewer who is far more adept at that kind of thing.

Our “greatest hits” of 2011—our top 10 most popular stories in terms of “hits”—provide a snapshot of the concerns facing the printer and supplies industry over the past year. They also reveal some interesting lessons we learned about online media.

This top 10 list portrays the printer and supplies industry in a rather dismal light, as it is dominated by news of patent trolls, natural disasters, product shortages, layoffs, and sneaky OEM firmware updates. While 2011 ended up being a much harder year for many firms than some initially projected, our story list did not solely consist of tales of doom and gloom. We covered trade shows, exciting new product launches, environmental endeavors, and companies that were announcing expansions our other growth initiatives. I think the top 10 list is largely so negative because as humans we actively seek out information on the bad stuff that happens to assess if and how it will affect us.

But while the fact that the “feel bad” stories proved popular did not surprise me, something else about this list did: not a single article on 2011’s numerous industry lawsuits, aside from the two Lodsys articles, made the top 10. In a year when Canon, HP, and Lexmark all saw key victories in protecting their supplies business, and Epson’s legal battle against Ninestar heated up in various courtrooms, we would have guessed one or more of these stories would have made the top 10. These lawsuits will shape the industry for years to come. Only one of our articles on OEM versus aftermarket lawsuits cracked the list of our 20 most popular articles. Our guess is that while such stories are of interest to the printer and supplies industry professionals who make up our target audience and subscribers, these more specialized stories never caught on among consumers, financial analysts, or the more generalized IT readers who can drive a story’s popularity.

Actionable Intelligence looks forward to serving your printer and supplies industry information needs in 2012. We have lots of exciting plans for the site and the company in the year ahead. While we don’t wish to tip our hand too soon, we plan on offering you much more in 2012. Make sure to visit often!