You are at:Home»Industry Insights»Mobile Printing Will Never Really Happen 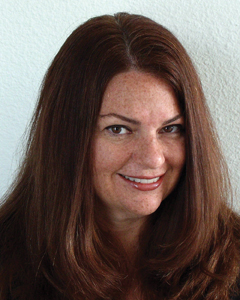 As I was writing the latest in a long line of stories about mobile printing, I had an epiphany.

No—epiphany isn’t the right word. It was exactly the opposite of an epiphany, really. It was a long-held belief cementing itself in my brain. It was the belief that mobile printing will never really happen.

Now, before all of you printer manufacturers, printer supplies resellers, and other nice folks who make a living from the business of print crucify me, let me remind you of this: I also make a living from hardcopy. I write about print. I have been working in an industry dependent on the concept of people printing for more than 12 years. I am a partner in a company whose business is to print magazines. My livelihood depends on people liking hardcopies of things. I am invested in print—I promise. No one wants people to print more than I do.

But the concept of mobile printing? The idea that all those mobile devices and smartphones being shipped (more than 300 million in the first quarter of 2014 alone according to IDC) are somehow going to drive consumers to print rather than eat away at already eroding print volumes? I don’t buy it.

Let me clarify this, too: I’m no millennial. I’m a solid, smack-in-the-middle-of-the-demographic Gen X-er. I was raised on print and to print. I was raised with books and newspapers and typewriter paper and notebooks. I am also part of a demographic responsible for a good number of those worldwide shipments of tablets and smartphones. And yet I have never had the need nor the desire to print from any of them.

After I read Epson’s blog about the new Android Printing feature available on Android’s latest operating system, KitKat, I immediately went to my Galaxy Tab Pro, which runs KitKat, and went looking for this exciting feature. I found it. And then I went back to Words With Friends. I had the tablet for two weeks and had never known about Android Printing and likely never would have if I hadn’t been writing a story about it. I was a little amused and a little impressed by this line from Epson’s blog: “I’m looking forward to being able to print all sorts of content from the apps I download from Google Play.”

No one has ever actually said those words—except, of course, for the marketing exec who crafted them. Which is how it should be. OEMs need to make consumers want to print from their mobile devices. If the desire isn’t there already, they need to create the desire. Page volumes may never be what they were, and consumers printing from their tablets is not going to stem the tide, never mind create an increase. But in a mobile-device-toting world, OEMs know they must do their utmost to make hardcopy relevant, even if only some small portion of those doing the toting figure out how to print from their mobile devices.

But before I sound too bleak about mobile printing’s future, I should point out that the fact that Android has actually integrated printing capabilities in its newest operating system says something too. New OSs are designed to provide improvements over old ones, such as better memory management and faster processing. So when one of the talking points about a new system is a new printing framework, it means there is some sort of demand for it. Now, whether that demand was from consumers who want to print or OEMs who want to make it easy to print is another question. But the fact is the OS’s support for a printing framework is right there on the Android Developer site, right above the section about the new storage-access framework that allows cloud storage providers to better incorporate their products as well. And cloud storage—well, that’s something we know people want.

So am I wrong when I say that mobile printing will never really happen? Or are we all just hedging our bets and hoping for the best—that mobile will keep consumers printing while we’re seeking out new directions, opportunities, and business models in other markets?