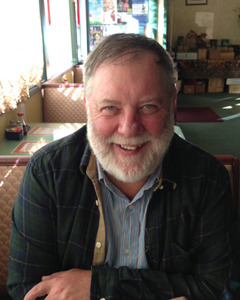 As the readers of my regular blog (http://jimlyonsobservations.blogspot.com) already know, my career at HP spanned 25 years, culminating in 2005, and since then I have been a blogger and analyst following the company, its competitors, and printing and imaging industry trends. The majority of my HP years were on the LaserJet side of things, so HP’s big product announcement made official today (March 10, 2015) is one that has really captured my interest.

With HP SVP and longtime friend Pradeep Jotwani so clearly excited about his big reveal in an embargoed analyst briefing last month, I couldn’t help but think back to some past HP lessons about printing. While the business press might make today’s announcement into a headline about a handful of new Color LaserJet printers, the real story, from HP’s point of view, is the innovative new toner and other technologies, branded “JetIntelligence,” that underlie the new printers’ capabilities and design. For more on these technologies, see “HP Reinvents Its Consumables with JetIntelligence Color LaserJet Launch.”

The supplies side of a typical imaging and printing OEM’s revenues accounts for up to two-thirds of the total, and that that slice of the pie is mostly ink and toner (packaged in various forms). That ink and toner is more profitable than the hardware, often by a great deal. The “razor and blades” pricing model is often offered as the best way to understand the business, That said, an earlier memory of mine in the LaserJet business (launched in mid-1984 with me joining from the disk storage side in 1986) is my boss along with his boss (the general manager of the entire LaserJet domain at the time) talking about the razor-and-blades metaphor, but they were likening the “blades” not to toner cartridges but to the $200 to $300 “font cartridges” (by now a long-gone memory), which represented aftermarket potential for LaserJet customers who wanted to expand their printer’s typographic capabilities. Only later did we see the toner business in the same way, along with the management on the inkjet side of HP’s printer group who looked at “lifetime profitability” early on.

But if the printer/toner pricing model was a little slow to become entrenched, the importance of toner and the all-in-one cartridge was never overlooked by those close to LaserJet. Many a presentation on “how it all worked,” the vital “theory of operation” that I still see as critical in a basic understanding of all technology, started with the toner, which then was offered, in the words of Henry Ford, in any color the customer wanted as long as it was black.

It was a few years later when the first 600 dpi (up from 300 dpi) printers appeared, with a new toner formulation we referred to as “microfine.” Now, we could not only point to the magic in the electrophotographic (EP) process, we could logically show that with smaller particles it was possible to get finer lines and edges on the paper, all based around the improved toner.

HP’s newest toner formulation has been “reinvented from the core” (fully branded the ColorSphere 3 with JetIntelligence toner). It offers finer particles, with lower melting temperatures, and of course now in color, too. That smaller size leads to smaller toner cartridges, which then leads to smaller products overall, as in the LaserJet printers making up the product announcement. This means higher performance in the old product footprint, or the same performance in something considerably smaller than the products being replaced. One exception to a decades-long trend is that the new products don’t bring big price-point improvements compared to the old—a revenue-stabilizing strategy we might expect in what is now a much more mature business.

And to highlight HP’s excitement about the new toner, we have the new branding, as already mentioned. This reminds me of one more historical anecdote, having to do with the first days of CEO Carly Fiorina’s tenure, which began in 1999. To set the record straight, long before Fiorina’s meltdown led to the first in a series of HP CEOs being fired, she was heralded by many, me included, as a breath of fresh air and a welcome marketing-oriented voice in the typically engineering-dominating firm founded and run by engineers since 1939. And one of the things she took on was branding, and the importance and value of the HP brand, relative to the many sub-brands that had come onto the scene. HP had become the proverbial “House of Brands,” with not only LaserJet and Deskjet, but also WebJetAdmin, DesignJet, JetSend, OfficeJet, WebPrintSmart, etc. A few of the best survived, but Ms. Fiorina kicked off a long-term trend toward relying more on the overall HP brand and less on the modifying sub-brands.

So now, a decade after Fiorina’s departure, it is still a rather big deal when HP rolls out new branding, and this launch is definitely a big deal. Compared to the old days, I’m supposed to be more of an impartial observer, but with this product launch in particular, I find myself rooting for HP, for the industry leader who makes innovations and pushes the business ahead.

Jim Lyons has been writing, analyzing, and blogging about industry developments since 2006, after leaving a long-term stint as a marketing and program manager in HP’s Imaging and Printing Group. In his monthly Observations column, he comments on business and marketing developments in the printing and imaging industry, combining many years of experience with an ever-enthusiastic eye on the future. Lyons is also a faculty member at the University of Phoenix, teaching marketing and economics at its school of business, and is a regular contributor to both The Imaging Channel and Workflow. Follow him on Twitter @jflyons and read more Observations from Jim Lyons at http://jimlyonsobservations.blogspot.com.