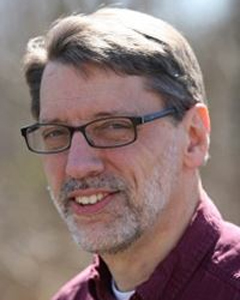 Dell announced early this week that it will acquire data-storage provider EMC in a deal valued at $67 billion. This takeover—the biggest IT deal in history—more or less puts Dell on equal footing with HP, which reportedly attempted to acquire EMC last year shortly before it announced it would split in two (see “The Great Divide: HP Splits in Two”). As you would expect, the business press is talking about what the deal means. What’s missing is any discussion about what the deal means for Dell’s printer business and the printer industry in general.

After nearly 13 years, Dell’s printer business has yet to make a significant impact on the market. NPD Group rates its line of laser MFPs as the ninth-best selling in the category for 2014, a year in which when Dell released no new printers. Overall, however, Dell is in the “others” category, behind the five OEMs that owned 85 percent of the market in 2014, according to IDC. 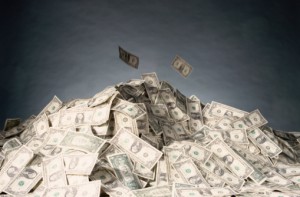 It makes you wonder how Dell’s acquisition of EMC will affect its printer business. We don’t know how much revenue or profit the printer business generates for Dell since it is a private company (and even when Dell was public, this information was hard to ferret out), but printer sales will be a tiny portion of the combined business. And factoring in the cost of the acquisition—Meg Whitman, CEO of HP, claims Dell will pay $2.5 billion a year in interest alone—the pressure will be on at Dell to improve or cut underperforming lines.

Perhaps more significant to the printer market are the converging trends in IT that drove Dell to acquire EMC—trends that are contributing to the decline in hardcopy output in the enterprise. What’s driving the trends is a desire for companies to have access to data in real-time and in-workflow and to automate decision making based on rules that are interpreted by computers, not people.

Both driving factors reduce the need for hardcopy output. Printed reports typically show data that happened in the past, and people use that data to make adjustments to improve future results. With real-time data that can appear on-screen within a workflow, a person can make those adjustments on the fly in many cases. Or, software can determine and execute actions to take based on a set of rules. Neither scenario eliminates the need for hardcopy reports, but they do significantly reduce printouts of data used operationally.

By acquiring EMC, Dell is now in a much better position to offer a complete enterprise solution to its customers. Dell’s main strength is its server and networking business, and that serves as the backbone of the system I have described above. However, real-time applications need to analyze large amounts of data nearly instantly.

That requires a lot of processing power, which Dell has with its hardware. It also requires fast, intelligent storage; more sophisticated security; virtualization to maximize efficiency; and software to perform and present the analytics. EMC, with its majority stake in VMWare, is a leader in all those categories.

With EMC, Dell will be on par with its main competitor HP in terms of the range of offerings. HP, however, is spinning off its printer business on November 1. Dell seems committed to its printer business and has given no indication otherwise since the merger. Still, it will be interesting to watch what happens once Dell completes the acquisition and rolls out its long-term plans for the combined company.