You are at:Home»Industry Insights»More Trouble Ahead for the Aftermarket: HP Has Updated Several Ink Cartridge Families 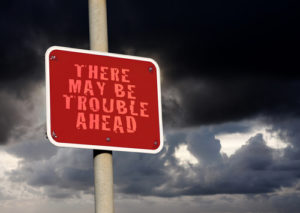 Sources in the aftermarket supplies industry recently made us aware of a change in certain popular HP integrated print-head (IPH) inkjet cartridge families that is beginning to affect inkjet cartridge remanufacturers.

The problem for inkjet remanufacturers is that while the new cartridges are backward-compatible with older printers, certain new HP inkjet devices cannot use the older cartridge models. Or, as HP puts it on its support page, “Cartridges manufactured before April 2017 may not be compatible with HP Deskjet 2600 series, HP Deskjet Ink Advantage 2600, 5000 and 5200 series, HP Envy 5000 series, and HP Officejet 5200 series printers manufactured after May 1, 2018.”

Where and In What Are These Cartridges Used?

Why Is This a Problem? 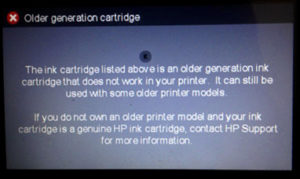 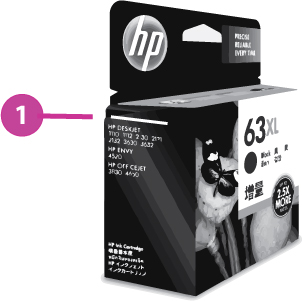 The change will have a more limited impact on refillers because end users typically bring in their own spent cartridges to refill. There are, however, certain scenarios in which refillers might be impacted. For example, if a customer has bought a new HP 63-based printer to replace an older HP-63 based printer and refills a cartridge that was used in the older device, it may not work in the newer device after refill.

We think folks in the aftermarket are just raising the alarm about the new versus old HP cartridges now because HP’s change is only now becoming a problem. With the first new printers that can only use new cartridges shipping in May of this year, it is only now, three months later, that some owners of these printers are purchasing replacement cartridges and finding that remanufactured cartridges will not work in their device.

This not the first time HP has rolled out new versions of certain cartridges models, causing problems for remanufacturers. HP has done this previously with both IPH cartridges and ink tanks.

What Has HP Actually Changed and What Is HP’s Motivation?

We sent HP several questions about the change to the new cartridges. We wanted to know how the new cartridges differ from the old, what was the purpose of introducing new cartridges, was there some benefit to the end user of the new cartridge design, whether HP was concerned about customer confusion stemming from the decision to keep the same cartridge model numbers on the new and old cartridges, and whether the fact that the cartridge change would present problems for remanufacturers played a role in HP’s decision.

HP provided us with the following statement:

HP periodically updates our cartridges with new features, whilst keeping the same product number to avoid additional cost and confusion for customers and partners. The updated HP ink cartridges are compatible with both current and future printers, while older versions of the cartridge will not work in newer printers. We always recommend customers check for cartridge compatibility on printer packaging before purchasing. For more information please visit www.hp.com/go/learnaboutsupplies.

It makes sense that if HP had introduced new cartridge numbers that could have been even more of a hassle for resellers and confusing for customers. But there seems little question that what HP has done is confusing as well—hence, the existence of a support page designed to help users distinguish between the cartridges. HP’s comment leaves unanswered the bigger question: why introduce new cartridges at all? If HP had not introduced new cartridges, there would be no potential confusion.

While HP is not commenting on what exactly has changed in the new cartridges compared with the old, our sources say they cartridges look identical externally (aside from the warranty dates). There is the same number of contacts on the new and the old print heads, for example.

But our sources say the new cartridges use a different print head than the old—presumably with a new Acumen chip. One remanufacturer says the internal program of the cartridges has changed, including information on the expiration date of the cartridge. The newer printers—those manufactured after May 1, 2018—must have differences as well, most likely to the firmware, as the “handshake” between the printer and the chip is affected so that new cartridges can be used in the new printers but old cartridges cannot.

One remanufacturer told us, “It’s not difficult to know why HP suddenly released updated new cartridges and said the old ones cannot be recognized. It was all planned. According to our analysis, HP released updated cartridges to block reman products.” The remanufacturer continued, “We’re afraid that this gives customers a bad impression of reman products because of the terrible user experience if this thing happens a lot.”

Of course, it is possible that the new cartridges have some key improvements or features HP has yet to disclose. However, even if hurting the aftermarket was not the primary goal of HP’s two-fold plan of introducing new cartridges and then introducing new printers that can only accept the new cartridges, it is certainly a nice additional benefit, at least from HP’s perspective. For the aftermarket, thus is yet another hurdle set up by OEMs that they must find a way to leap over unless they are willing to cede the replacement cartridge market back to the OEM.