You are at:Home»Industry Insights»Status of the USTR’s Tariff Exemption Requests 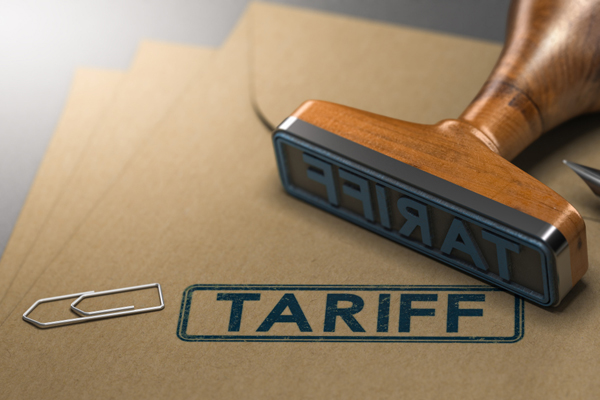 In mid-December, Actionable Intelligence examined which printer OEMs are seeking exemptions to the 25 percent tariff on $34 billion worth of goods from China that the Trump Administration imposed starting in July 2018 (see “Printer OEMs Seek Tariff Exemptions Galore”). Since then, the Office of the United States Trade Representative (USTR) has granted many exclusion requests. Unfortunately for printer OEMs, their exclusion requests are still in review and are not on the list of exemptions granted.

Meanwhile, companies have filed exclusion requests for the second round of 25 percent tariffs on $16 billion worth of Chinese goods that were imposed starting in August 2018. We have yet to see a list of exemption requests for the third round of tariffs on China—the $200 billion round—that went into effect in September 2018 at a 10 percent rate but are slated to rise to 25 percent.

Status of Exemptions for $34 Billion Round

Because the $34 billion in tariffs on a wide array of products, including printer consumables and printer parts, were imposed first (see “The U.S. and China Trade War Heats Up as Tariffs Are Imposed”), the exemption process for this round of tariffs is furthest along.

As we reported in December, several printer OEMs, including Canon, Epson, HP, Konica Minolta, Kyocera, and Xerox, have asked for exemptions on printer consumables, printer components, and various other articles.

On December 21, the USTR announced it had granted its first round of product exclusions from the tariffs. Then, on December 28, the USTR published its latest list of exemption requests.

The good news is that the Office of the USTR has granted many exemption requests. The last time we wrote about the exemption process, the USTR had granted zero exemptions and denied about 1,500 requests. Altogether, about 1,000 exemptions have now been granted. The USTR, however, has a way to go in its review seeing as companies have filed 10,798 exemption requests for this round of tariffs alone.

The USTR published a notice about the product exclusions with the Federal Register. That notice states, “The product exclusions announced in this notice will apply as of the July 6, 2018 effective date of the $34 billion action, and will extend for one year after the publication of this notice. U.S. Customs and Border Protection will issue instructions on entry guidance and implementation.” Noting that the exemption process is not complete, the Office of the USTR states, “The Trade Representative will continue to issue decisions on pending requests on a periodic basis.”

All of these various exemption requests are still designated as being at Stage 2, which means they are undergoing their initial substantive review.

Status of Exemptions for $16 Billion Round

Similar to HP, which also argued against the tariffs  (see “HP and ISC Speak Out about Proposed Tariffs on Ink and Toner Cartridges Made in China”), Canon states that the U.S. International Trade Commission’s general exclusion orders barring importation of infringing toner cartridges and drums have been “a more focused and effective approach than tariffs.”

Konica Minolta Business Solutions U.S.A. also filed for an exemption on HTS 8443994000, specifically on copy machine parts such as image units, fuser units, charging components, feed rollers, filters, heater components, brackets, covers, holders, control boards, print heads, and replaceable assemblies. In an accompanying letter, Konica Minolta states, “Subjecting Konica Minolta’s copying machine parts to the tariffs would cause severe economic harm to a U.S. company, the parts cannot be produced outside of China, and the copying machine parts are not strategically important to the Made in China 2025 initiative.” Konica Minolta goes on to explain that China is Konica Minolta’s only supplier for these parts. Says the OEM, “Simply put, there are no producers of copy machine parts in the Unites States or other countries that could produce Konica Minolta’s parts without significant capital expenditure including purchasing production equipment and redesigning production architecture. Manufacturers in the United States and other countries do not have the ability to manufacture Konica Minolta’s copying machine parts.” The company adds it has looked into manufacturing these parts in Malaysia or Japan but has determined “a shift in production to Malaysia or Japan would require several years.” The firm warned that it its exclusion request is not granted, it may be forced to pass on the costs to U.S. customers, which could decrease its market share and “further dampen Konica Minolta’s ability to expand its workforce, increase capital expenditures and complete certain acquisitions being considered in the United States.”

The Canon and Konica Minolta exemption requests are both at Stage 1, which means that they are in the public comment period in which interested persons have two weeks to respond to the request and the requester then has one week to reply.

In January, the United States and China are holding talks in Beijing about trade. The 10 percent tariff rate on the $200 billion of Chinese goods had been slated to go up to 25 percent in the New Year (see “U.S. Imposes Tariffs on $200 Billion of Chinese Imports”), but the U.S. has put a pause on the hike while trade talks are underway.

A CNBC article published on January 2 states that U.S. Trade Representative Robert Lighthizer has said that it may be necessary to “slap tariffs on more Chinese goods” to get any meaningful concessions from China.