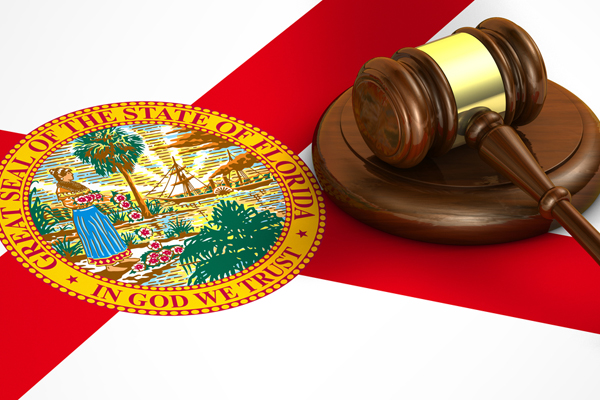 After filing a defamation lawsuit in April against Steven Giannetta and various Doe defendants over posts that appeared on LinkedIn and TonerNews.com, Aster Graphics stated that it planned to file a similar lawsuit against TonerNews.com (see “Aster Sues Steven Giannetta over TonerNews Reports”). On May 1, Aster Graphics, Inc., of Orange County, CA, did just that and filed a complaint against Copy Communications, Inc., doing business as TonerNews.com, of Hollywood, FL, in the Circuit Court of the Seventeenth Judicial District in and for Broward County, FL.

Another is that while Aster’s lawsuit against Mr. Giannetta says Aster is seeking at least $1 million in damages, the complaint against TonerNews is less specific. While it is clear that Aster is seeking damages, the only actual number provided is in a line that states, “This is an action in excess of $15,000, exclusive of costs, interest, and attorney’s fees.” That actually doesn’t help peg down the amount Aster is seeking other than that it is above this threshold. Florida does not require plaintiffs to allege the actual amount of damages, and the “in excess of $15,000” figure simply means that enough is at stake that the case will be heard by the Circuit Court in Florida, not at the County Court level.

Aster’s complaint states that TonerNews “allows its clients and business partners to post news and advertisements about their products. It also publishes news relevant to the consumable products industry and purportedly offers insights that ‘identif[y]new opportunities for the growth of [its’ clients’] business[es].’” According to the plaintiff, TonerNews “participates in the editing and selection of the content that appears on its website, including articles about consumable products. Its staff also authors the headlines and some of the articles that appear on its website.” TonerNews, according to Aster, also “limits and control … who can post information about products on its website, and in particular, its online forum, as well as the content that appears on its website and message boards.”

Aster then describes the content on the TonerNews site that led to the filing of this lawsuit. Specifically:

The first count in the TonerNews case is defamation. In Florida, the four elements of a defamation claims are (1) that the defendants published a false statement, (2) about the plaintiff, (3) to a third party, and (4) the falsity of the statement caused injury to the plaintiff. Aster claims that the statements listed above were false and defamatory “because they impugned Aster Graphics in its business, profession and/or trade”; were viewed by “hundreds” of people in the industry, including “existing and prospective clients”; and the statements caused Aster to suffer “past and future lost profits, damage to its reputation, and loss of goodwill,” with the damages being “ongoing.”

The second count is violation of Florida’s Deceptive and Unfair Trade Practices Act (FDUTPA). This is a different type of cause of action than the defamation claim against TonerNews and the trade libel, defamation, and false light claims against Mr. Giannetta. FDUTPA declares to be unlawful “unfair methods of competition, unconscionable acts or practices, and unfair or deceptive acts or practices in the conduct of any trade or commerce.” What Aster claims to be a deceptive and unfair trade practice is that TonerNews held itself “out to the public as a neutral and unbiased source of information about the consumable products industry,” when the website was actually “created and utilized by TonerNews to promote the business of its clients and/or partners and malign and impugn the integrity of the products and services of the competitors of its clients and partners, including Aster.” Aster says another unfair and deceptive business practice was that TonerNews “restricted the ability of non-clients and competitors of its business partners from posting on its website or message boards.” As a result, Aster claims it suffered “compensatory damages, including lost profits, future lost income, injury to reputation.”

In the complaint, Aster asks for relief in the form of a judgment in its favor, costs, interest, and “other relief” on the defamation claim. On the deceptive and unfair trade practices claim, Aster seeks compensatory damages, costs, interest, and attorney’s fees. The plaintiff notes it reserves the right to amend its “complaint to seek punitive damages upon the presentation of an evidentiary proffer.”

We look forward to following how the defendants will answer these complaints—and if they do. Discovery in both cases could prove interesting if the lawsuits proceed to that point, although it is unclear how much of that discovery would be made public.