You are at:Home»Industry Insights»Environmentally Unfriendly: Dirty Little Secrets behind Clones

The ability to produce documents anytime, anyplace, and from any device has fundamentally changed the way we live. Printing is essential to our modern way of life. Whether in the home or the office, hardcopy is a key part of how we communicate, educate, and preserve important information. While digital printing has enhanced so many facets of our lives, the environmental effects have been considerable. This is partly due to increases in energy consumption, carbon emissions, deforestation, and waste.

Clone cartridges end up in landfills where they can take hundreds of years to decompose.

With a few irresponsible exceptions, the various constituents that make up the digital imaging industry have long recognized the need to be environmentally responsible, and the industry invests a lot to limit any adverse effects printing may have on the planet. Hardware manufacturers have developed myriad programs to ensure they effectively manage each phase of the lifecycles of the hardware and consumables they produce. Moreover, each generation of equipment is more efficient than the previous one in terms of how it operates, the power it consumes, and the amount of waste it leaves behind. At the end of a product’s life, OEMs have learned how to recycle more and more of the spent plastics and metals used in their machines and consumables to minimize the environmental impact of what’s left behind.

Likewise, many firms in the third-party consumables industry have also established reclamation programs that have prevented hundreds of millions of ink and toner cartridges from winding up in the world’s landfills. Over the past few decades, remanufacturers have established efficient processes so they can collect, qualify, and refurbish exhausted cartridges and long-life consumables like fuser units. And, when cartridges can no longer be refurbished, responsible remanufacturers work with partners to make sure all waste materials are safely disposed of. A growing number of vendors marketing compatibles have also indicated that they are making products out of higher-quality materials so that they can be used more than once to ensure that third-party cartridges can also be more sustainable.

Unfortunately, the segment of the supplies industry that is the least environmentally friendly—cloned compatibles—is also the one that our research has found to be the fastest growing. Despite the fact that these so-called imitation cartridges are often marketed with very eco-friendly sounding names, infringing new-build ink and toner cartridges are terrible for the planet. Many of these products perform poorly and do not produce the page yields that comparable legitimate cartridges deliver, so more clones are used. Because they are based on designs and technologies that often violate OEM intellectual property (IP), infringing compatibles cannot be refurbished without a remanufacturer risking a lawsuit. And even if they were remanufactured, the performance would be even worse than the poor performance the clone delivered during its first use. So, each year an increasing number of clones find their way into landfills, and it doesn’t appear that this will change anytime soon.

Across the Internet, it’s easy to find examples of cheap third-party compatibles with very earth-friendly names. Some commonly used terms include words like “eco,” “green,” “recycle,” “sustainable,” and so on. But don’t be fooled. It is always easy to spot the clone—just look at the price tag. No matter how environmentally responsible a product’s brand name may make it sound, if it’s cheap as dirt, it’s probably a clone, which calls into question its green credentials. 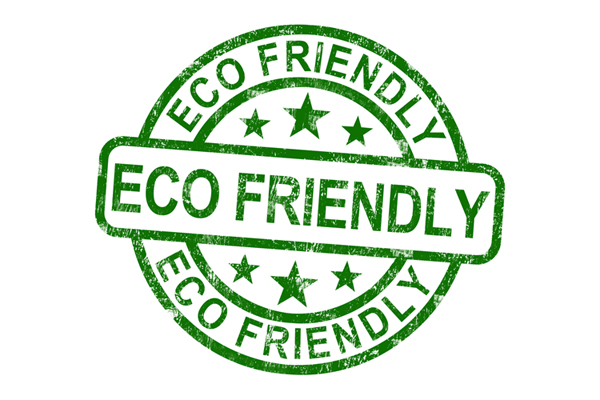 Unfortunately, certain makers and sellers of clones are slapping environmentally friendly names and symbols on their cartridges, when the products insider are anything but.

One example of a cartridge brand that we thought sounded especially environmentally friendly is the GREENCYCLE Tech line on Newegg. Despite what the name may suggest, none of the GREENCYCLE Tech toner cartridges that we could find on Newegg were remanufactured or recycled. Many of the SKUs in the line were multipacks of Brother and HP new-build compatible cartridges with price tags that would put the cost of the individual cartridges far below the price of an equivalent remanufactured cartridge. For example, a ten-pack of GREENCYCLE-branded HP 78A compatibles sold for $71.99 on Newegg, giving the individual cartridges a unit price of about $7.20 each. For the sake of comparison, a two-pack of Office Depot-branded 78A remans on the office superstore’s site sold for $129.99 or about $65 a piece.

We did a little digging into GREENCYCLE Tech and it appears that the products are Chinese imports. The official company name is Greencycle Tech, Inc., and its CEO is Xianfang Liu of Shenzhen, Guangdong, China, who was granted the U.S. trademark for GREENCYCLE in 2018. The company’s main supplier is another green-sounding enterprise, Recharging Technologies, which is based in Hong Kong. GREENCYCLE Tech ink and toner cartridges are featured prominently on Amazon’s Quicktoner storefront. Earlier this year, Canon announced that Quicktoner was selling infringing HP CE255X toner cartridges, and various related Amazon Standard Identification Numbers (ASINs) were removed from the marketplace as a result (see “Canon Announces Toner Takedowns on Amazon in Spain and U.S.”).

We noted that GREENCYCLE Tech also offers a number of 78A compatible packages on Amazon, where the ten-pack was about 10 percent cheaper ($64.85) than the Newegg price ($71.99). Unfortunately, there were no reviews for the ten-cartridge bundle, but some of the other GREENCYCLE Tech bundles did get reviews. Reviewers of the 78A four-pack were very happy with the price, $28.98 (or about $7.25 a cartridge); however, one reviewer questioned the overall value of the bundle saying it was a “mixed bag” and grumbled that the page yield was about half that of a “name-brand toner.” While the price of the GREENCYCLE Tech cartridge would still be attractive even if its yield were half that of the OEM’s SKU, which sells for $87.99 on HP.com, using the clone would generate twice the waste, which is not at all green.

Destined for the Scrap Heap

We found plenty of examples of disgruntled Amazon clone buyers who had purchased other brands, and the most common lament was about page yields. Many folks reported that their cartridges stopped working after only printing a couple hundred pages, including those who had purchased E-Z Ink, Green Toner Supply, and other brands. A couple of reviewers complained that they paid a premium for an Arcon-branded four-pack of high-yield HP CF500X, CF501X, CF502X, and CF503X compatible cartridges but received four lower-yield “A” SKUs instead. The same was true of a buyer who purchased a 7Magic four-pack of the same SKUs. In all these cases, the customers paid more on a per-page basis than what they bargained for, and the clones that they purchased produced much more waste than cartridges produced by legitimate manufacturers and remanufacturers.

We took a look at reviews for the most popular third-party SKUs in Amazon’s “Laser Printer, Toner, and Drum” category to see how well they performed. The bestselling non-OEM toner SKU on Amazon when we checked was a twin-pack of Brother TN-760 compatibles from Linkyo, which was priced at $31.95. Over 80 percent of those who purchased the product gave it either a four- or five-star rating; however, nearly 20 percent rated it with either one or two stars. Many people complained that the chip caused incompatibility issues and these buyers were never able to print a single page. In addition, various buyers said the cartridges either performed poorly or printed only a limited number of pages, well below the rated yield.

With the help of a tool that estimates unit sales of products on Amazon and some import data, we estimate that Linkyo will sell approximately 50,000 of its Brother TN-760 compatible twin-packs on the online marketplace this year—or around 100,000 individual cartridges. If 20 percent of these fail to deliver, that’s 20,000 cartridges that will be sent to the landfill prematurely. And that’s only one SKU in one year from one channel (albeit perhaps the world’s largest for these SKUs).

According to data from Evolve Recycling, a division of Clover Imaging Group (CIG), the world’s largest cartridge remanufacturer, every year a total of over 300 million ink and toner cartridges weighing some 150 million pounds wind up in landfills in the United States. That number is growing, unfortunately, because of clones. The ill effects of these non-recyclable imitation cartridges will persist for centuries. Evolve Recycling estimates that it can take between 450 and 1,000 years for cartridges to decompose.

Tricia Judge, executive director of the International Imaging Technology Council, a trade group that represents the remanufacturing industry along with its suppliers and channel partners, explains that tens of thousands of tons of toner cartridges that were once remanufactured are now being deposited into U.S. landfills. She estimates that clones have taken upwards of 50 percent of the remanufacturing industry’s total market share. “And to exacerbate the problem,” she explains, “the core supply is now so much smaller and so tainted, that there is very little access to legitimate recyclers or other secondary uses for these empty [clone]cartridges.”

Remanufacturers are not the only ones that have been harmed by clones. All legitimate manufacturers and their channel partners have experienced pricing pressures and margin erosion as a result of the artificially low price points associated with clones.

Getting consumers to look past the greenwashed names and artificially low price tags so that they can understand clones are no bargain is a challenge faced by all legitimate companies marketing supplies. But the potential payoff is huge. One of the most overlooked opportunities for eco-friendly practices results from the purchase and disposal of legitimate printer ink and toner cartridges, which generate over $40 billion each year.While clone buyers may think they’re saving money, it’s time to make them aware that someone, someday will pay dearly for all the spent clones that they are currently pouring into landfills around the world.