You are at:Home»Industry Insights»Actionable Intelligence’s Top 10 Stories of 2019

Every December, I take a look back at what stories were popular among readers and publish a list of Actionable Intelligence’s top 10 stories of the year. 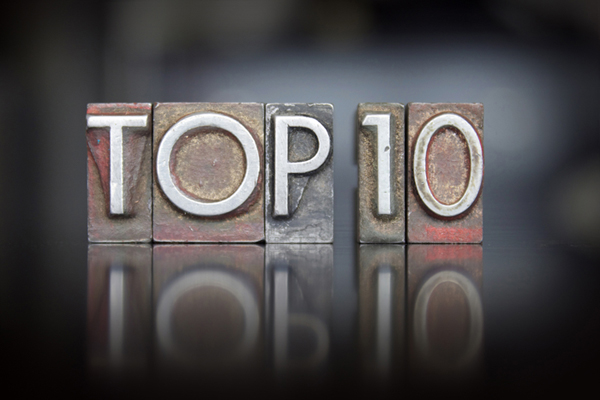 This exercise has proven that each year has a bit of a theme. In 2016, articles about Ninestar’s acquisition of Lexmark and printer firmware updates that lock out aftermarket cartridges struck a chord with reader. In 2017, articles about firmware remained popular, but we also saw lots of interest in stories about new printer/MFP hardware and the consumables used therein. In 2018, Actionable Intelligence readers’ most popular articles focused on Canon’s Section 337 investigation before the U.S. International Trade Commission and other lawsuits filed by the OEM, as well as the growing trade war between the United States and China.

It seems that many of the articles readers flock to focus on problems that face the supplies industry. Unfortunately, the industry faced plenty of trouble in 2019, as illustrated by our latest list.

Six of our most popular stories—numbers one, two, three, six, seven, and nine on our list—were about the business woes and resulting change in control at the two biggest remanufacturers in the United States. Struggling with a sharp sales decline and debt, LMI Solutions went into receivership and was bought by Clover Imaging Group. Facing similar troubles, Clover Technologies sold Clover Imaging Group to Norwest Equity Partners and then later filed for Chapter 11 bankruptcy for most of its remaining operations.

Our fourth most popular post was about HP’s and Xerox’s decision to move closer together via an expanded partnership. Just a few months later, it was revealed that Xerox made a bid to acquire HP, an offer that HP has now rejected more than once. Meanwhile, Xerox has indicated it will pursue a hostile takeover. We were a little surprised to see that none of our articles on the recent HP/Xerox drama made our top 10 list, but we imagine this is a topic the entire industry will be following intently in 2020.

Number five on Actionable Intelligence’s list of the most popular articles of 2019 was Brother’s decision to file a complaint with the U.S. International Trade Commission asking it to open an investigation pursuant to Section 337 of the Tariff Act of 1930 into alleged infringement of Brother’s toner cartridge patents. The respondents accused of infringing include Aster and  numerous online resellers. Any new Section 337 investigation impacting the consumables industry is huge news. The Brother story was made bigger by the fact it was Brother’s first such investigation and seemed to signal the OEM was becoming more aggressive in protecting its intellectual property.

Our eighth most popular article discussed how patent-infringing new-build cartridges—also known as “clones”—negatively impact the environment but sometimes falsely use brand names and labeling that suggest they are  somehow “green” or “recycled.”

Rounding out the list at number 10 was another story about printer industry trouble: In October, HP announced another restructuring plan that would entail shedding 7,000 to 9,000 more jobs. Perhaps more significant for the industry as a whole, HP also announced a bold plan to reinvent its ailing supplies business by offering customers a choice of HP printing systems to purchase: a cheaper locked system in which HP supplies must be used and a pricier open system, in which aftermarket cartridges can be used.

Thank You for an Amazing Year

I would like to close this year-end review of top stories by offering thanks to everybody who made this the “little website that could.” Nobody knows more about the supplies industry than Charles Brewer, president and founder of Actionable Intelligence and the best boss ever. Dan Headrick and Marisa Mogni are sharp and insightful Actionable Intelligence contributors. Marisa also edits many of our articles and reports. Melanie Merritt expertly handles all our social media. It has been an amazing year thanks to all of you, one in which we saw significant growth in our readership.

Last but by no means least, I would like to thank Actionable Intelligence’s loyal readers. Thank you for subscribing, showing you value in-depth content, and making this website possible. Many of you regularly contact us to let us know what you liked, what you didn’t, and what we should be covering. If you haven’t, please feel free to reach out! My email address is editor@action-intell.com.

Best wishes from the Actionable Intelligence team to yours for a successful 2020!