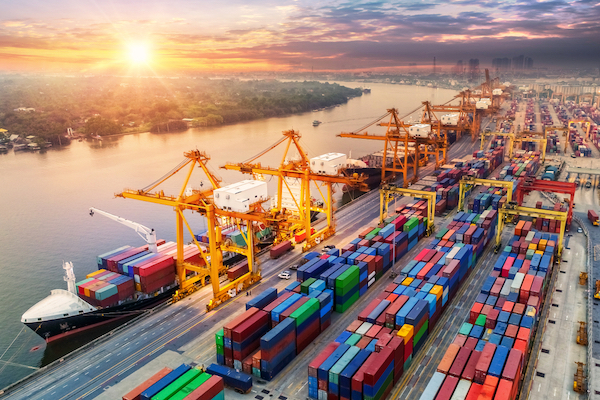 While it seems hard to believe, it is now the seventh quarter since printer and MFP makers began to feel an impact from the coronavirus (COVID-19) pandemic. COVID has impacted OEMs’ businesses in various ways, with the initial lockdowns causing steep declines in hardware and supplies sales. After the initial sharp downturn, certain OEMs saw strong sales of small-office/home-office (SOHO) printers and their consumables, and more gradually all OEMs have seen improvements in the office equipment and supplies. Meanwhile, OEMs have been hampered by periodic lockdowns at Asian factories that have hurt production, shortage sand rising costs for semiconductors and other components, and shipping delays and increased transportation costs.

In the quarter ended June 30, 2021, every single OEM posted year-over-year growth (see “OEMs Report Big Improvements in Quarter Ended in June 2021”). The numbers were particularly impressive because the quarter one year ago was the worst ever seen for the printer and supplies industry (see “The Big Picture: OEM Financials for the Quarter Ended in June 2020” and “OEMs Look into the Abyss in Industry’s Toughest Quarter Ever”).

But there was another big factor tamping down growth. Last quarter, certain OEMs had to suspend operations at factories in Southeast Asia, leading to some product shortages, and several OEMs complained about rising costs for components, raw materials, and shipping, as well as long transportation times that worsened product shortages. In the quarter ended September 30, the chorus of voices citing these same issues grew in number and vociferousness. Although the product categories that were in short supply varied from OEM to OEM, every vendor saw shortages of one product category or another in the latest quarter. Supply falling short of demand either limited growth in the quarter or led to year-over-year declines, especially when combined with OEMs’ rising costs.

Results would have been worse for many OEMs if not for the good old-fashioned law of supply and demand. With supply decreasing and demand either remaining the same or increasing, depending on product category, OEMs did not have to offer many discounts on hardware. Moreover, shortages and the return to the office in many regions spurred sales of higher-priced units. That was not true uniformly, however—we saw signs of price contraction in certain vendors’ results, especially in A3.

Actionable Intelligence currently covers financial results for the following printer OEMs: Brother, Canon, Epson, Fujifilm, HP, Konica Minolta, Kyocera, Ninestar, OKI, Ricoh, Sharp, Toshiba Tec, and Xerox. For all the Japanese OEMs, except Canon, the period from July 1, 2021, through September 30, 2021, was the second quarter of the fiscal year ending March 31, 2022. For Canon and U.S.-based Xerox, this period was the third quarter of fiscal 2021. HP is on a different financial calendar than all the other OEMs. Its fourth quarter of fiscal 2021 ran from August 1, 2021, through October 31, 2021.

The list of “winners” that saw both revenue and profit growth in the quarter include Canon’s Printing business, Epson’s Printing Solutions segment, HP’s Printing business, Kyocera Document Solutions, Ninestar, Ricoh Digital Services, and Sharp’s 8K Ecosystem segment. Brother’s Printing and Solutions business posted revenue growth but a decline in operating profit, while OKI did the opposite, reporting a revenue downturn but improved operating profit. Toshiba Tec’s Workplace Solution business posted improved revenue but it still had an operating loss, albeit a smaller one than a year ago. The worst-performing printing businesses were Fujifilm’s Business Innovation segment, Konica Minolta’s Digital Workplace Business, and Xerox, all three of which posted shrinking revenue and operating profit. 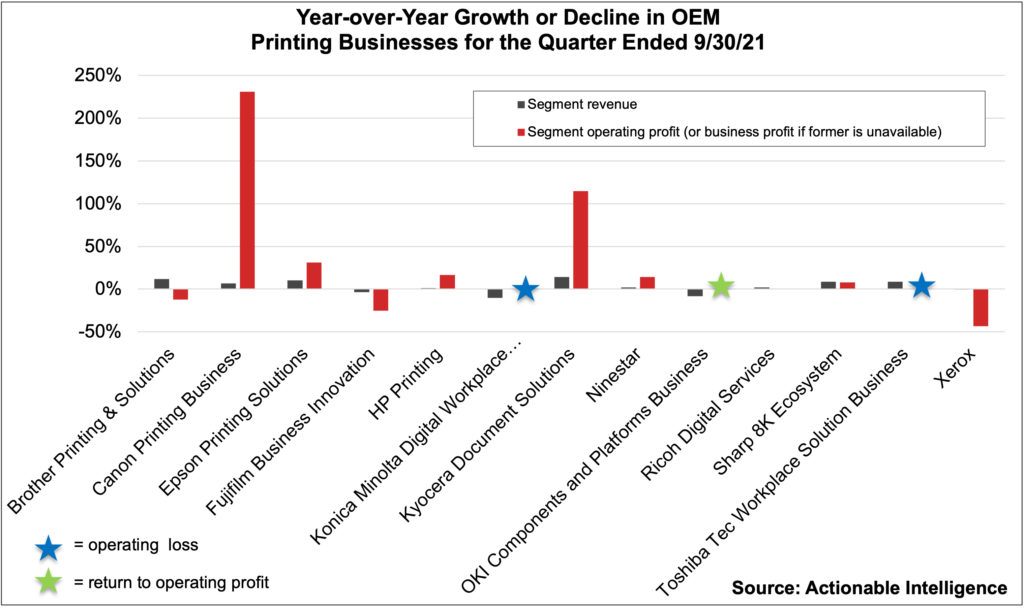 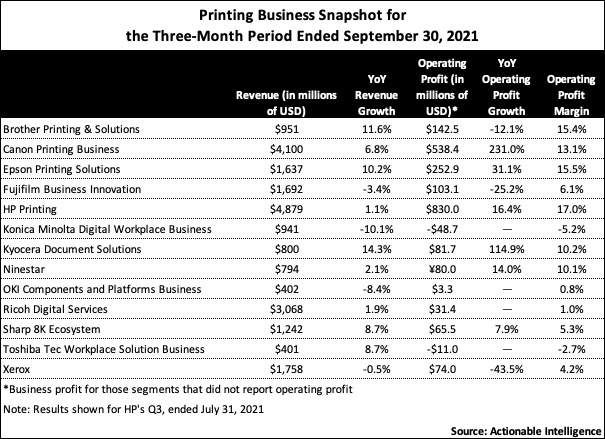 That said, most OEMs continue to expect their FY 2021 results to show improvement in most areas over a tough FY 2020. 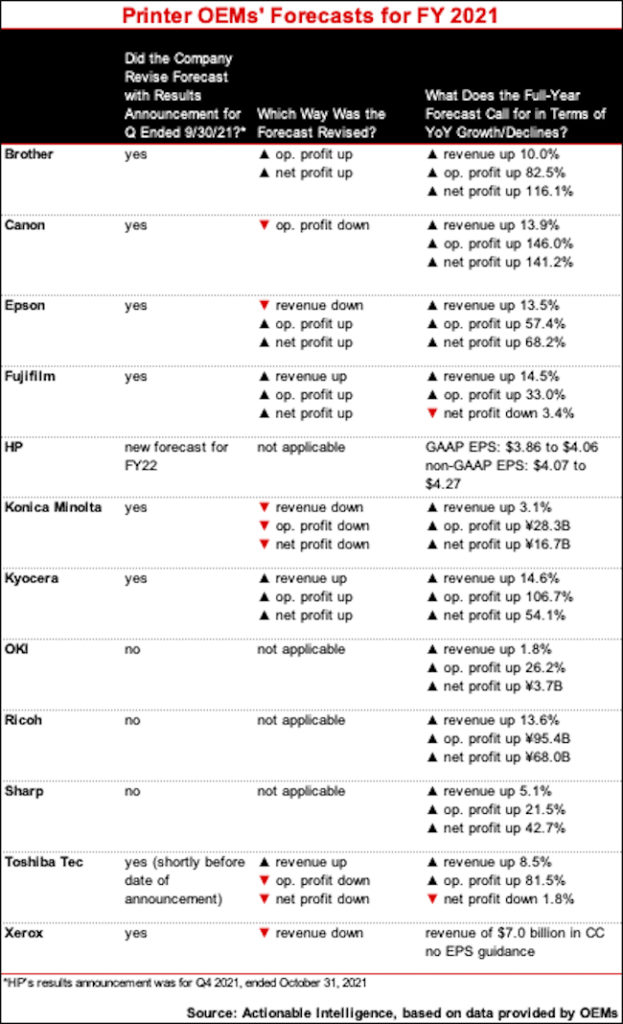