It has come to our attention that HP Inc. has reached agreements with the parties named in a lawsuit filed last summer in Brazil alleging the defendants were marketing inkjet cartridges with integrated print heads that infringed the OEM’s patents. The defendants opted to settle with HP and agreend to comply with all its demands. 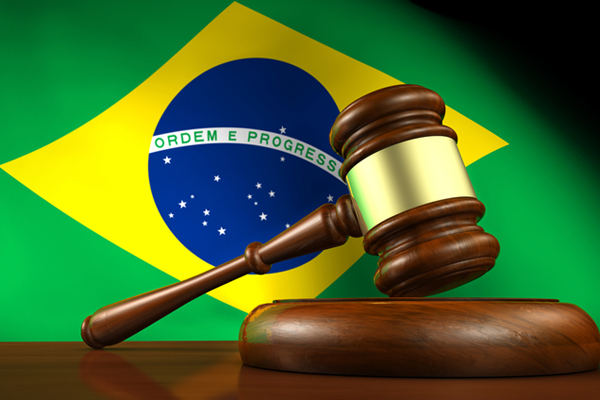 We first became aware of the case last year after HP sued four Brazilian firms in the 1st IP Specialized Court of the State of Sao Paulo on June 7, 2021 (see “HP Takes Action to Protect Its Inkjet Patents in Latin America and Korea”). The defendants included two distributors, Ascensus Trading & Logística Ltda. and Capital Trade Importação e Exportação Ltda., both of which are based in the state of Santa Catarina. The other two defendants, Potencial Suprimentos de Informática Ltda. and Drc Solar e Suprimentos de Informática – Eireli, are resellers based in Maringá, Paraná.

It is our understanding that all four of the companies have agreed to stop selling the products in question and have pledged to destroy their inventory of stock violating HP’s intellectual property (IP). The defendants also admitted that the patents that the OEM asserted are valid and that the products that they marketed infringed those patents. We further understand that the settlements required the defendants to pay an undisclosed amount in damages. The Brazilian court formally ratified the settlement on April 20.

Around the World with MicroJet

That HP notched a legal win in Brazil this month is not too surprising. The company has a long track record of successfully protecting technologies used in its integrated print head (IPH) inkjet cartridges. For more than a decade, HP has sued a long list of third-party supplies vendors in courts around the world in cases involving IPH patents. While the cases have been many, they all share one thing in common—the products in question featured print heads produced by the Taiwanese firm MicroJet Technology Co., Ltd., which is currently one of the only companies on the planet making cloned versions of HP inkjet print heads.

The case filed in 2021 in Sao Paulo was not the first suit HP successfully pursued in Brazil. In 2011, the firm filed suit against Multilaser Industrial Ltda and Rio Branco Ltda (distributor of Maxprint-brand cartridges) for selling cartridges with infringing MicroJet heads. At the time, Multilaser and Maxprint were Brazil’s two dominant third-party ink cartridges brands. Both firms ultimately settled with HP and agreed to cease selling the accused cartridges (see “HP Settles Lawsuit with Brazilian Reman Multilaser” and “More Brazilian Firms Agree to Stop Violating HP Inkjet Patents”). At the time, we were told that after getting the Multilaser and Maxprint cartridges off the market, HP sent cease-and-desist letters to smaller players in Brazil and that these letters were successful in ridding the Brazilian market of HP clones.

Prior to the Multilaser and Maxprint litigation, HP had filed a complaint with the U.S. International Trade Commission (ITC) in 2010 that led to investigation number 337-TA-723, which looked into infringement of five of HP’s patents on IPH inkjet cartridges. The complaint named as respondents MicroJet Technology, Asia Pacific Microsystems (APM) (MicroJet’s silicon print-head substrate supplier), PTC Holding Limited, and several other companies. MicroJet defaulted, but APM participated in the investigation. Ultimately, MicroJet, PTC, and APM were found to have infringed HP’s patents, and the ITC awarded HP a general exclusion order (GEO) in 2011 (see “ITC Issues Final Determination in HP Integrated Inkjet Cartridge Investigation”). That GEO expired in 2020 (see “Time Runs Out on HP’s GEO on Integrated Print Head Inkjet Cartridges”).

In Europe, HP took legal actions against various defendants marketing cartridges with MicroJet print heads. In Poland, the company sued Action S.A., AB S.A., and Black Point S.A., as well as some smaller players, and it took legal action against Best Use in Germany. In Spain, where the market was quite fragmented among numerous sellers, HP filed suit against roughly a dozen entities, including Tintas y Toner Shop Ink, S.L.U., and Vasco Informática, S.L. In all these actions, HP obtained favorable settlements or court decisions (see “HP Successfully Concludes Inkjet Patent-Infringement Litigation in Poland,” “HP Asserting Its Inkjet Cartridge Patents in Germany and Poland,” and “HP Prevails in Patent Suits in China, Poland, and Spain”).

MicroJet also has the dubious distinction of producing products to be among the first examined by China’s intellectual property courts. In January 2015, HP filed the first-ever patent-infringement complaint in China’s Shanghai Specialized IP Court alleging Speed Infotech Ltd. violated HP patents by marketing alternative IPH cartridges using MicroJet print heads (see “With Suits in China, Europe, and U.S., HP Pursues Infringers Worldwide”). HP also filed suit against Jingying Technology in the Shenzhen Intermediate Court. In the end, HP obtained a favorable court-mediated settlement that resolved its patent-infringement claims against Speed (see “HP Prevails in Patent Suits in China, Poland, and Spain”). As part of the settlement, Speed Infotech had to cease selling the infringing cartridges in China and worldwide. Speed also had to pay HP an unspecified amount in damages. HP obtained a similar outcome in the lawsuit against Jingying.

The Recent Case in Brazil

The IPH patents at the center of HP’s most recent Brazilian suit are newer than those asserted in the cases discussed above. In 2021, HP claimed that the Brazilian defendants were marketing third-party alternatives to the HP 664XL black and tricolor IPH cartridges used in various DeskJet Ink Advantage models sold in Latin America. The OEM asserted two Brazilian patents—PI 0508780-5 and PI 0622069-0—covering certain inventions used to produce IPH heads. The PI 0508780-5 patent is part of the same family as U.S. patent number 7,722,144, “Fluid Ejection Device.” The PI 0622069-0 patent is the equivalent to U.S. patent numbers 7,648,227 and 8,172,368, both titled, “Fluid Ejection Device with Data Signal Latch Circuitry.”

Like the Chinese defendants, the companies that recently settled with HP in Brazil were also marketing cartridges with MicroJet cloned heads. When we learned of the case last year, we found an array of third-party inkjet cartridges available on the Potencial website for HP devices, including MicroJet-brand cartridges for HP printers and others sold under the X-Full brand. We also noted that Drc Solar e Suprimentos de Informática – Eireli does business as Edeltec and it was one of a number of firms HP reached agreements with around the time it settled with Maxprint. Like Maxprint, Edeltec also had to stop selling certain HP-alternative IPH cartridges. Edeltec was also sued by Canon for infringing the Japanese firm’s toner cartridge patents. Canon announced a favorable settlement to that case in 2019 (see “Canon Announces Favorable Settlement with EDELTEC in Brazil”).

When we first wrote about HP’s suit in Brazil last year, we noted that the company had sent cease-and-desist letters to an undisclosed number of vendors selling third-party HP-alternative IPH inkjet cartridges for the same cartridge families in other Latin American countries. While it did not file suit, HP notified companies in Argentina, Chile, and Mexico that they were infringing IPH patent related to the Brazilian patents discussed above. The counterpart to the PI 0508780-5 in Argentina is AR 048700 and in Mexico it is MX 279772. Likewise, the corresponding patent to the PI 0622069-0 in Argentina is AR 056106, CL 53745 in Chile, and MX 311310 in Mexico.

Apparently, issuing the cease-and-desist letters to vendors in Argentina, Chile, and Mexico has also born fruit. Although we don’t have many details such as the number of vendors or any specific names, it is our understating that almost all of the vendors notified agreed to pull their products off of the market and destroy any remaining inventory.

HP’s successful cease-and-desist campaign in Latin America follows similar victories in Europe. Last month, we learned that Aster Graphics removed from the market certain monochrome toner cartridges that infringed HP’s European patent EP 2280315 (see “After Hearing from HP, Aster Pulls Infringing Samsung SKUs Off European Market”). The OEM sent letters to several Aster Graphics organizations, including Aster Technology Holland B.V., which is based in the Netherlands; Hong Kong-based Aster Graphics Company Ltd.; and the subsidiary in Germany Aster Supplies GmbH. After negotiating with HP, the three subsidiaries quickly agreed to comply with HP’s demands to stop selling the cartridges across the region. As part of the agreement, which was signed on November 30, 2021, the infringing products were pulled from some of Europe’s largest markets including France, Germany, Italy, the Netherlands, Poland, Spain, Switzerland, and the United Kingdom. Similar to what happened in Brazil, Aster destroyed any remaining inventory and agreed to pay HP an undisclosed amount.

We suspect that third-party supplies vendors marketing non-OEM IPH inkjet cartridges for use in HP printers are talking with their suppliers to ensure their products do not infringe. To us, such a conversation seems prudent. Given that HP seems to be finding infringing products worldwide, it is unlikely that the OEM will relax its efforts to monitor regional markets. It is all but certain that we’ll be writing about more HP legal activity at some future date. The question isn’t “if?” but rather “when?” and “where?”