When I shared Actionable Intelligence’s lists of the top 10 stories of 2020 and 2021, both years were overshadowed by COVID-19 and the resulting upheaval in consumer and business demand and the supply chain (see “Actionable Intelligence’s Top 10 Stories of 2020” and “Actionable Intelligence’s Top 10 Stories of 2021”). Unfortunately, the turmoil that got its start nearly three years ago continued in 2022. Although product shortages gradually eased over the course of the year, low inventory of printers and MFPs stemming from the global semiconductor shortage limited OEMs’ opportunities for growth. Meanwhile, the strong demand for printers and supplies for working from home that OEMs and third-party supplies vendors experienced earlier in the pandemic waned as workers returned to the office. And while workers returning to the office meant more office printing than during the initial lockdowns, print volumes are still down significantly from pre-pandemic levels and aren’t expected to ever return to where they once were. 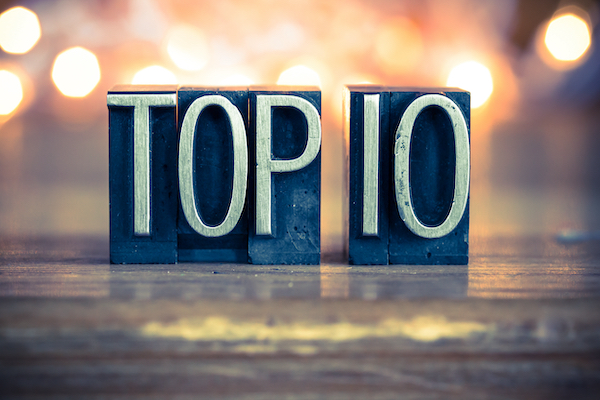 Those overarching dynamics made for a year packed full of change. Companies exited certain markets or businesses. Printing equipment and supplies companies looked to grow in areas outside print, even as they continued to launch innovative new hardware and supplies. We saw more focus than ever before on sustainability and environmental issues surrounding print. And, as has been the case for years now, the fight for supplies market share between OEMs and third-party supplies vendors continued. One key battlefield in that broader war is over printer firmware and third-party chips, with OEMs pushing firmware updates that can prevent the use of third-party cartridges with third-party chips and chipmakers looking to combat this via reprogrammable chips that can be rapidly updated.

Actionable Intelligence has a great staff that keeps the website running and chockful of new content. Thank you, team! And we have great readers, too. Thank you for keeping us informed and for subscribing and making this website possible.

Have you got a press release, information, or a story idea you would like to share? Don’t hesitate to reach out! You can email me at editor@action-intell.com.

Wishing you all a successful 2023.