In January, Metrofuser of Elizabeth, NJ, announced that 2023 marks its 20th anniversary. It was thus the perfect opportunity to catch up with Will DeMuth, co-founder of Metrofuser as well as co-president and chief operating officer of the company, about how Metrofuser got its start, where it is headed, and the changes it has seen along the way. 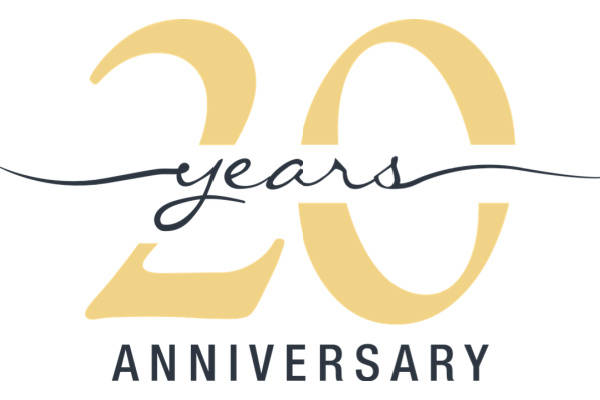 From a Basement to Across the U.S.

Mr. DeMuth told us about Metrofuser’s early days. “We started the company in 2003 in one of the partner’s basements before moving into a 5,000-square-foot facility. We thought it was all the room we would ever need—we were wrong. We began manufacturing fusers for HP’s LaserJet IIIsi, 5si, 4000, and 4100 printers for toner rechargers and quickly outgrew that building within a few years.”

Metrofuser’s path to growth wasn’t always an easy one. Mr. DeMuth said that when Metrofuser was formed the industry was dominated by just two large parts suppliers that had “close relationships with all of the raw material suppliers.” He explained, “Most of the downstream suppliers didn’t want to jeopardize their existing relationships with major players so they would either not return our calls or price us so high it wouldn’t make sense. We were forced to hustle and source parts worldwide or with tier 3 suppliers. Looking back, those challenges enabled us to develop sourcing skill sets that helped us operate with supply chain issues of today.”

Metrofuser’s start-up days are long behind it. Mr. DeMuth said, “Today we have nearly 30,000 square feet of production, manufacturing, and warehouse space across the country selling to OEMs, document imaging dealers, and IT distributors. We also offer a wide range of printer support services including needs assessment, help desk monitoring, and video-based and phone technical support.”

But Metrofuser’s physical space is just one way to measure the company. Another is in parts remanufactured and customers provided service. The firm’s press release notes, “Metrofuser has managed to remanufacture close to one million parts and devices. Today, close to 4 million people worldwide from just about every country on the planet have accessed Metrofuser’s online printer service how to content.”

Of course, another way to measure a company is revenue and profit. Metrofuser is privately held and thus does not publicly disclose these figures. Mr. DeMuth declined to provide numbers for this article, but he did talk about revenue trends, and it sounds like after some initial struggles, 2022 turned out to be a good year for Metrofuser. Mr. DeMuth said, “The pandemic forced us to pivot into an inflation hedging strategy. By the finish of 2022, both existing and new customer revenue grew exponentially.”

Obviously, the last few years have brought a seemingly never-ending array of challenges to the printer and supplies business, including the initial COVID-19-related lockdowns and the resulting drop in office printing, hybrid work, supply chain challenges, snarled logistics, and inflation—to name a few.

Metrofuser definitely saw its business impacted by supply-chain issues. Mr. DeMuth admitted, “The past 18 months have been very challenging as we implemented our COVID rebuilding strategy. Supply shortages in 2020 forced us like many to simply stockpile parts from suppliers due to all the unknowns. While that helped a great deal, it wasn’t enough so we developed redundant overlapping supply chains to maintain operational continuity.  As we executed that strategy, the COVID work-from-home model had us investing heavily in automating our ERP software system.”

Despite these challenges and the cost involved with scrambling to cope with industry changes, Metrofuser believes it is well positioned moving forward, “We feel the best solutions to short-term problems will lift the business as a whole when the crisis is over,” Mr. DeMuth said.

As an example of that, Metrofuser revealed that although the supply-chain issues of the last 18 months or so posed a challenge, they also provided an opportunity. Widespread parts shortages—including notable and well-publicized shortages from many OEMs—enabled Metrofuser to attract new customers. Mr. DeMuth said, “We witnessed larger manufacturers and distributors struggle with the supply chain challenges. That forced buyers to look for alternative sources of parts and supplies allowing us to develop new relationships. I think mid-market parts manufacturers with active ownership like Metrofuser reacted better to swings and took advantage of the opportunities.”

And attracting new customers to its parts business isn’t the company’s only opportunity of late. Metrofuser clearly sees its expansion into services as a key growth driver as well. Mr. DeMuth explained how his firm expanded from just remanufacturing parts to providing printer-related services, repair services, and technical support. He said, “Over the years we learned by working closely with customers in a service advisory role that we could contribute even more value while improving our innovation and production standards. Today we have expanded our resources that are dedicated to the service side to both pre and post service calls.”

We asked Mr. DeMuth about what he thought 2023 will bring to the supplies industry as a whole. He replied candidly. “As a country, we are headed into some very tough times. For our industry, I see more consolidation of OEMs and customers. which will bring more concentration. Business print will continue to decelerate with an emphasis on fewer OEMs and models which should bring some balance.”

Amid an expected tough macroeconomic environment in 2023, the goal for Metrofuser is to “develop a plan for growth and flexibility as the markets continue to shift,” said Mr. DeMuth. “The opportunity is to stay lean, invest in automation, stock parts and supplies that others do not offer and target the government and enterprise sectors.”

Mr. DeMuth concluded, “ We are optimistic for the country and the industry, but we must position ourselves to get through the next 12 to 24 months—avoid the dead-end business traps but be available to the big and small opportunities along the way.”

We look forward to following what 2023 brings for Metrofuser as it celebrates its 20th anniversary.