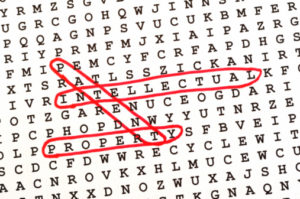 About a month ago, Canon struck fear in the heart of the third-party supplies industry when it filed a patent-infringement complaint related to toner cartridges before the U.S. International Trade Commission (ITC) and in federal district court naming 34 companies (see “Reman Nightmare Realized: Canon Sues Dozens Over Infringing Gear”).

Canon is looking for a general exclusion order (GEO) that would bar the importation of certain OPC drums and the all-in-one cartridges containing them. At issue is a drive component or gear that Canon asserts infringes U.S. patents 5,903,803 (‘803) and 6,128,454 (‘454). These cartridges are used in most HP LaserJet units as well as Canon-branded machines.

Although the outcome in this matter is far from certain, if a GEO is granted, it would bar the importation of all infringing SKUs, regardless of manufacturer. Meanwhile, the district court actions seek permanent inunctions against further infringement and damages. If these legal actions go Canon’s way, it would have a chilling effect on the entire aftermarket industry for toner supplies in the United States, given the enormous installed base of devices based on Canon laser engines.

On February 22, the ITC issued the official notice that it has voted to initiate an investigation into Canon’s complaint. The commissioners assigned the matter to Administrative Law Judge David P. Shaw.

Now that the ITC has agreed to investigate Canon’s claims, it seems germane to ask why now, why the OEM named who it named, and what is Canon’s strategy moving ahead with this suit? One thing is for sure: Canon ain’t talking about such matters to the likes of us, but we do have some opinions on these issues.

We were not surprised to see Canon file a complaint before the ITC, naming numerous respondents from around the world and seeking a GEO. In fact, we wonder why Canon didn’t do so sooner. Canon and its partner, HP, have been steadily losing market share to third-party supplies vendors—especially those firms that market cheap compatible cartridges that are full of infringing components. Until recently, Canon seemed willing to turn a blind eye to all the infringing third-party firms. Again, the question is “why?” The OEM must have known that it was on steady legal ground from which to mount a legal offence. The firm has oodles of patents, several of which have been proven in the courts to be valid and enforceable.

In 2006, Canon sued the GCC Group and GCC distributor TallyGenicom, claiming patent infringement and prevailed. In the GCC matter, the patent in question was U.S. patent number 6,336,018 (the ’018 patent), which is similar to the ‘803 and ‘454 patents. The patent describes the manner in which the drum in an all-in-one toner cartridge is rotated using the motor inside a printer or fax. In particular, it describes “an inventive coupling between the process cartridge and the image forming apparatus.” The GCC case did not have a big impact on the industry because GCC and TallyGenicom were in decline and both firms ended up folding. Still, with a legal victory under its belt, it appeared that Canon was well prepared to successfully take on the third-party supplies industry. For whatever reason, it did not.

The next time we heard Canon was preparing to do battle over consumables for its desktop laser business came in 2010. Canon initiated another legal action, this time against Ninestar and various Ninestar distributors (see 337-TA-731 and Canon v. Ninestar [2010]). Canon filed complaints in district court and with the ITC, alleging that Ninestar and various distributors violated the ‘803 and ‘454 patents, which are at the center of Canon’s most recent legal matter. And again, Canon prevailed.

The Ninestar matter ultimately resulted in a consent order upholding Canon’s patents and with the defendants agreeing not to import or sell over 100 SKUs. Canon, however, did not seek a GEO, presumably because the OEM focused on a limited number of companies all tied to one supplier. One reason why Canon limited its action to Ninestar and did not cast a wider net may be because it perceived Ninestar to be distracted by its ongoing litigation with Epson, which has since been resolved. Canon may have anticipated that the firm would settle and that it could thereby have one less competitor in the U.S. market. Canon may also have been testing the water, to see how strong its claims related to the ‘454 and ‘803 patents would prove, meanwhile compiling evidence against other infringers, in preparation of launching its more massive 2012 complaint once it had a win under its belt.

Canon’s motivation for launching its most recent suit is clear. The company has seen firms like Epson, HP, and Lexmark win GEOs that have enabled (or will enable) them to win back share in the United States. In the case of Epson, the firm had lost a significant chunk of the U.S. supplies market to third-party firms. After being awarded its GEO, Epson’s U.S. market share climbed to 90+ percent. As print volumes decline and the supplies market shrinks, the share that OEMs lose to the third-party supplies industry becomes a growing and more painful issue. Meanwhile, markets are becoming flooded with low-cost new plastic clones that are marketed as compatibles or in some cases falsely marketed as remanufactured. The manufacturing costs of these new plastic cartridges are so low that neither the OEMs nor legitimate remanufacturers can compete on price. With the world economy stagnating, an increasing number of end users are putting aside quality concerns and purchasing low-cost clones.

Another thing that puzzles us about Canon’s most recent suit is why the OEM named some firms and not others. For example, manufacturers of gears and the third-party drums that use the gears were not named in the suit, while a small parts distributor was named. With a few exceptions, remanufacturers escaped the scrutiny of Canon’s lawyers. Instead, Canon focused on distributors and small, rather obscure companies in the channel. It seems that Canon is more concerned about punishing companies that sell infringing products rather than those that actually make them. There is also the possibility that OEM has agreements we are unaware of with certain third-party firms or licensing agreements that would prevent the OEM from naming certain companies in a lawsuit.

Another alarming possibility about the roster of respondents/defendants is that it may not be final. Canon may have plans to add additional companies to its infringement complaints or launch new litigation against others. It might well be that Canon was only able to collect evidence of infringement from those named, and more is to come.

Of course Canon did file suit against what is believed to be the largest remanufacturer in the world: Clover Holdings along with certain Clover affiliates including CAU, Clover Technologies, Dataproducts, and others. If Canon is successful in proving its allegations against Clover, the OEM could reap some monetary reward. Golden Gate Capital, a private equity firm with $12 billion under management, owns Clover, so there are some deep pockets associated with the firm. Beyond cashing in on damages, Canon’s lawsuit is bound to make some category managers at certain “big box” stores cringe. Clover supplies huge retailers with products, including Office Depot, OfficeMax, and Staples.  We suspect that the impact on the channel was well understood by the OEM.

Like other OEMs such as Epson and Lexmark that have successfully argued for GEOs, it is obvious that Canon is looking to show a pattern of worldwide infringement, which is yet another reason why Clover may have been named. The firm has a Vietnamese subsidiary. We also suspect that the international angle is why a defunct company like Nukote and its Mexican manufacturing plant were named.

There were also several Chinese companies named in the suit. Although we cannot know that this is a part of OEMs’ strategy, it does seem that such lawsuits often name foreign firms that end up defaulting. Sure, some foreign firms are simply likely to default in legal proceedings outside their home country, but not all do. And it may be that past experiences with a company likely to default in legal proceedings in the United States helps shape the respondent/defendant list to some degree, as defaulting typically results in a judgment in the plaintiff’s favor against that particularly respondent or defendant. For example, for some reason, Zhuhai National is frequently named in such complaints, and we have never seen the firm do anything but default. We would be surprised to hear a peep out of the company in these proceedings.

As noted above, a win in this case for Canon would be a windfall for both that firm and HP but disastrous for the third-party supplies business in the United States. We would imagine that some of the firms named in the Canon complaint are dependent largely on sales in the United States. Such companies may be forced to shutter their businesses if they can no longer sell many of the toner cartridges for HP machines. Being kicked out of the U.S. market would also hurt those exporting to this market. Of course, those firms with more international operations can switch their focus to markets in other regions, thereby increasing the already intense price competition among third-party supplies companies in the EMEA, Latin America, and the Asia Pacific.

Obviously, Canon’s complaints are a long way from being decided, but it is perhaps worth pointing out that in all of the toner and inkjet cartridges ITC investigations we are aware of instituted since 2010, those complainants that have asked for a GEO as a remedy have been successful. Now, that is not to say that will be the case this time around, but, in our estimation, this suit is the biggest to impact the third-party supplies industry in the United States to date. If companies quickly default or settle in this matter out of fear of the expense of mounting vigorous defenses, it is hard to say what the ultimate cost will be to the industry as a whole.