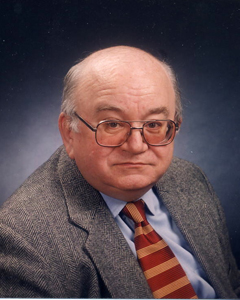 Patent attorneys have suspected for some time that the U.S. Supreme Court is seeking to change the laws that form the basis for first-sale doctrine, which holds that U.S. patents are exhausted on first sale only if the patented object is first sold in the United States. To the remanufacturing industry, this means that only such patented cartridges that were first sold to users in the United States can legally be refilled or remanufactured and offered for sale in the United States. It is this law that Lexmark claims has been violated by many empties brokers and remanufacturers that have imported cores and empties from Europe, Asia, and even Canada. Lexmark has threatened lawsuits against a large number of companies and has settled with some of those companies out of court (for more on the Lexmark suit, see Lexmark v. Ink Technologies Printer Supplies et al. [2010]).

The Supreme Court found such a case in the copyright arena last fall. That case is called Kirtsaeng v. Wiley and involves used books first sold outside the United States, but then imported into that country and resold. That case was decided on March 18, and the Supreme Court’s decision overturns the law and holds that copyrights are exhausted on any authorized sale, wherever the sale is made. This doesn’t change the corresponding patent law immediately, but it seems certain that the corresponding patent law will change quite soon.

That is because the Supreme Court has also been asked to hear an appeal filed by Ninestar of Zhuhai, China, which concerns a fine levied by the U.S. International Trade Commission (ITC) (see “Appeals Court Says Ninestar Must Pay the $11.1 Million ITC Fine”). That case hinges on the patent aspect of the first-sale doctrine. The Supreme Court is expected to send that case back to the Federal Circuit Court, along with the decision taken today. There is little doubt that the Circuit Court will reverse itself, and that should take place next quarter.

This will have the effect of making it legal to import empties and cores from other parts of the world and to remanufacture them without concern for patent infringement. Nevertheless, this does not change the fact that any components replaced or processes used in remanufacturing them must not themselves infringe patents. For example, inks or toners used in refilling any cartridge must not violate ink or toner patents held by other companies.

In our industry, the first-sale law seems to have been asserted only twice. The first was by the ITC against Ninestar in Epson’s 2006 patent-infringement complaint. That case led to the issuance of a general exclusion order by the ITC. Ninestar was found to have violated the order by importing remanufactured cartridges not first sold in the United States, and the ITC issued a multimillion-dollar fine. Ninestar appealed, and it is this appeal that has finally reached the Supreme Court. The other time this law was asserted was in the Lexmark case, which we have covered extensively.

Nevertheless, the threat of assertion of this law has hung over the industry since the mid-2000s, having a chilling effect on the sourcing of used cartridges from outside the United States. Once the law is changed, nothing in the law will prevent the sourcing of empties worldwide.

In addition, those companies that have been contacted by Lexmark and have not yet settled their cases will no longer be threatened with lawsuits once the law is changed. In any event, it is unlikely that any judge would hear these cases until the patent law is resolved.

UPDATE: On March 25, the Supreme Court denied Ninestar’s petition. For details and a discussion of what this may mean for the territoriality requirement of patent law, see “Fat Lady Has Sung for Ninestar: Supreme Court Won’t Review Appeals Court Decision on ITC Fine.”