You are at:Home»Industry Insights»Production Inkjet Is the Dominant Theme at PRINT 13 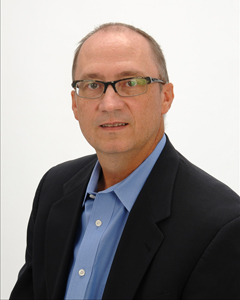 While walking the aisles at the PRINT 13 show held recently in Chicago, a couple of key points emerged through the bustle of activity on the floor. First, there actually was a bustle of activity on the show floor. In recent years, trade shows covering the printing industry—any part of the printing industry—have been more sedate than bustling, to say the least.

It is no secret that industry trade shows have begun to lose their luster among vendors. That trend began even before the economic downturn, when many began to question the value of large trade shows. Events such as PRINT 13 are quite expensive and require enormous commitments in terms of time and resources. Return on that investment has always been difficult to measure, a problem that is compounded in mature markets in which it is almost impossible to differentiate from competitors. In recent years, several of the larger printing industry events have given way to more targeted, custom venues, such as customer meetings, dealer shows, and partner showcase events.

This trend has led to some less-than-desirable results for many of the shows that remain in place, including PRINT/Graph Expo. Often, the lack of show interest has been palpable, capped by slow traffic, fewer attendees, and an almost deafening silence in the exhibition hall. But that was not the case at PRINT 13. Aisles were packed and there was a buzz in the air, which certainly provided a refreshing response to the conventional wisdom that print is a dying industry.

The Future Is Ink

One other point was made immediately clear at PRINT 13: high-speed inkjet technology is firmly positioned to transform the future of the production-printing market. Indeed, inkjet technology in all forms and facets completely dominated the event.

In many ways, this is not surprising. Production inkjet has been a fast-growing market for the past few years, fueled by increased penetration of continuous-feed inkjet web presses primarily into book printing and transactional/trans-promo applications. Market research firms are projecting that the production inkjet market will top $10 billion within the next five years, growing at a compound annual growth rate of more than 20 percent.

It is the economics of inkjet that make it a formidable technology for any printing segment, and vendors in the production market are pushing that value proposition into as many different applications as possible. To put it simply, inkjet provides for very low operating costs at extremely fast speeds. It is this combined price and speed advantage that makes inkjet such a disruptive force and a technology expected to displace both toner-based digital and offset print volume in the coming years.

Commercial print providers are rapidly embracing inkjet technology, but it is clear that the market for production inkjet is ready to explode as additional products come to market. The next wave of inkjet presses offer support for different print speeds, print widths, additional substrates, higher print quality, and cut-sheet printing capability. The evolution of production inkjet products will open new market opportunities for the technology in areas such as newspapers, catalogs, marketing materials, and other commercial applications.

There were so many announcements with regard to inkjet technology at PRINT 13 that it is difficult to simply provide a snapshot. But from a hardware perspective, a few players showcased some interesting products. Xerox dedicated more than half of its booth space at the trade show to production inkjet technology. As expected, the event more or less served as the “coming out party” for Xerox’s Impika aqueous-based presses, which the firm obtained through the acquisition of Impika earlier this year.

According to Xerox, Impika is a natural complement to its own internally developed CiPress production inkjet systems, which are based on solid ink technology. While CiPress offers a unique value proposition for high-quality color on plain paper and uncoated stock, it does have its limitations. At a press conference during the show, Jeff Jacobson, president of global graphic communications operations at Xerox, acknowledged that Xerox needed aqueous-based technology to expand its presence and grow its footprint in the production space. “We clearly understand that of the 50 trillion pages that are produced every year a lot of that migration is going to move to inkjet,” he explained.

Xerox is still in the process of integrating Impika but says that it is ahead of schedule in terms of its overall strategy, which is based on a three-phased approach. Phase 1 involves selling and leveraging what exists today, which means ramping up Xerox channels in all markets to sell the technology as fast as possible. The PRINT 13 show marked the first time the Impika iPrint product has been seen in the U.S. market. Phase 2 involves mainly taking advantage of the technology to increase the value proposition.

Xerox says Phase 3 involves the next-generation platform. The firm only hinted about what is to come, but it says a B2 version and a high-end cut-sheet solution is in the mix. Xerox is also exploring other lines of business for its Impika technology, such as labels, packaging, and other industrial applications.

Canon also unveiled its new production inkjet platform at PRINT 13. The firm’s “Niagara” platform is a high-volume, B3-size sheet-fed color inkjet digital press that will produce up to 3,800 duplex B3 sheets per hour. Currently configured as a four-color ink system, the Niagra platform is designed for volumes of up to 10 million letter-size images per month. Canon says that a six-station version is also planned for the future.

Meanwhile, Konica Minolta debuted its KM-1/IS29 Inkjet Press, which was co-developed with Komori. The KM-1/IS29 combines Konica Minolta’s UV inkjet technology with paper handling and manufacturing expertise provided by Komori. The KM-1/IS29 is a cut-sheet press that supports pages up to 29 inches and can produce up to 3,300 sheets per hour in simplex mode (1,650 sheets per hour duplex).

This handful of announcements is hardly indicative of the amount of activity surrounding inkjet technology at PRINT 13. Yet, it does underscore the important role that inkjet will play in future of the production-printing market and in the overall migration of pages from offset to digital. It might also serve as a signal for what could be in store for the office-printing market.

Speculation that inkjet technology could disrupt the office-printing space is well documented and continues to be a lively topic of conversation. Since HP’s introduction of Edgeline and Memjet’s release of its page-wide technology, many have argued that inkjet is on the verge of changing the market dynamics for office printing, which has always been dominated by electrophotographic technology. There have been indications here and there (HP’s new Officejet Pro X series, for example), but as of yet few vendors have embraced inkjet technology for office products in the same way that has occurred in the production space.

This is surprising for a couple of reasons. First, the same attributes that make inkjet such a disruptive force in the production space apply also to the office-printing market. Inkjet technology could be leveraged to produce color prints from products that are much faster and less expensive than laser-based counterparts.

Some believe that inkjet might never be popular in the office workgroup because of bias against the technology. But, as has been clearly demonstrated, inkjet technologies are currently being used in some of the fastest production-class digital printing products in the world, pumping out more pages in a day than an office printer would see in its lifetime. So, the notion that inkjet could not hold up in an office environment is easily dismissed.

So, is it likely that we will continue to see more inkjet-based products that are designed specifically for the office? If PRINT 13 can be viewed as an indicator for the disruptive nature of inkjet, a case in favor of office-class inkjet products could certainly be made.