At Actionable Intelligence, we try to keep the focus on printers and consumables, not politics. But the looming trade war between the United States and China is something we are watching very closely. In this instance, it appears that politics may have a very real and disruptive effect on the printer and supplies market. 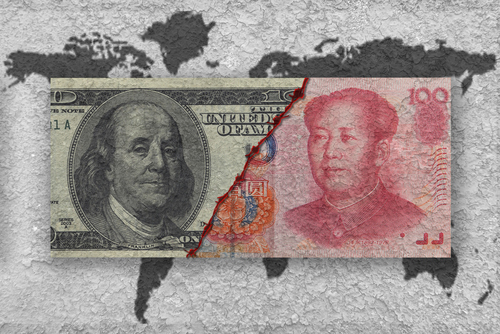 A trade war between the United States and China may impact the printer and supplies markets.

On April 3, as part of a rapidly escalating trade war between the United States and China, the U.S. Trade Representative, Robert E. Lighthizer, proposed that the United States impose a 25 percent tariff on 1,300 or so Chinese goods. Among those goods are various printers and printer accessories and parts, including, we believe, printer consumables such as ink and toner cartridges and other supplies.

Since his election, U.S. President Donald Trump has made trade issues a focus for his administration. The United States imposed tariffs on steel and aluminum on March 9, 2018, China hit back with tariffs on about $3 billion worth of imports, including products such as fruit and pork, on April 2. On April 3, the U.S. Trade Representative announced potential tariffs on 1,300 different Chinese goods. The very next day, China announced that it would impose its own set of 25 percent tariffs on another $50 billion of U.S. products. CNN has a helpful timeline of how the trade war between the United States and China has unfolded.

The U.S. Trade Representative (Trade Representative) has determined that the acts, policies, and practices of the Government of China related to technology transfer, intellectual property, and innovation covered in the investigation are unreasonable or discriminatory and burden or restrict U.S. commerce. The Office of the U.S. Trade Representative (USTR) is seeking public comment and will hold a public hearing regarding a proposed determination on appropriate action in response to these acts, policies, and practices. The Trade Representative proposes an additional duty of 25 percent on a list of products from China. The list of products, defined by 8-digit subheadings of the Harmonized Tariff Schedule of the United States (HTSUS), is set out in the Annex to this Notice.

What the U.S. Trade Representative is proposing is a 25 percent tariff on goods of Chinese origins that currently don’t have a tariff. Some goods of Chinese origin already have a 10 percent tariff; on these, the tariff would be hiked to 35 percent. The long list of products on which the U.S. Trade Representative is proposing tariffs are listed by 8-digit subheadings of the Harmonized Tariff Schedule of the United States (HTSUS).

That certainly seems to include a wide variety of printing products. While consumables like toner and inkjet cartridges, drums, fusers, and the like are not specifically mentioned, printer parts and accessories are. To confirm, we did a little digging, and it seems that printer consumables would be included under HTUS 84439920. On March 29, 2018, the U.S. published a revised harmonized tariff schedule. The “additional U.S. note 2” referred to under HTUS 84439920 states:

In other words, most imaging consumables are covered under this HTUS. Thus, the United States is a proposing a 25 percent tariff on all these various printer components, if manufactured in China.

What Will Trump Do?

It is important to note that these tariffs are just being proposed. They have not already been implemented. The U.S. International Trade Commission (ITC) will convene a public hearing on the matter on May 15 after a comment period. The due date for written comments is May 11. Companies will have until May 22 to file final objections.

It is impossible to say what will actually happen. Those who follow U.S. politics know that often what President Trump says and what he actually does are two completely different things. He has established an unfortunate pattern of articulating incredibly disruptive policies, only to reverse himself or have other parts of the U.S. government block his actions.

Some have suggested that all these tariffs may indeed never be implemented—that they are a negotiating tactic and that China and the United States will ultimately reach a trade deal. According to The Hill, Larry Kudlow, director of the U.S. National Economic Council was asked whether President Trump’s proposed tariffs were a negotiating tactic and said, “Yes, it’s possible. It’s part of the process.” Lindsey Bell, investment strategist at CFRA, a Wall Street research firm, told USA Today, “I think the market is beginning to understand and remember that Trump’s bark is much bigger than his bite. The trade implications between the U.S. and China are far from complete. Investors are hopeful that the final trade agreement will be much more lenient than what has been discussed.”

Thus, it is important to bear in mind that we are still at the “what if” stage when talking about these tariffs.

Moving forward, we plan to follow these proposed tariffs, whether they are implemented, and their effect on the market in more detail.

One reason why tariffs on printers and consumables would be a big deal is that so many of these products are manufactured in China. Many printer OEMs manufacture printers and components in China and would be affected by such tariffs. This could mean higher prices on printers and supplies for consumers, as we would expect OEMs to pass along the tariffs in the form of higher prices. However, if the tariffs go through, we would also expect to see OEMs shift manufacturing to other sites, including facilities elsewhere in Asia to avoid the tariffs. Those OEMs that already have large manufacturing facilities elsewhere—and most do—would be well positioned to make this change.

The tariffs also have the potential to impact the consumables aftermarket. As detailed in a recent Actionable Intelligence white paper (see “Forces Shaping Today’s Cartridge Remanufacturing Industry”), Western cartridge remanufacturers have been negatively impacted by the rise of makers of low-cost, new-build compatible cartridges in China. Remanufacturers find it impossible to compete on cost with new-build compatible cartridges coming out of China. Thus, some remanufacturers might welcome news about a potential 25 percent tariff, feeling it may help level the playing field. However, even if a 25 percent tariff is levied on consumables coming from China, it may be any gains made by U.S. remanufacturers will be temporary. That is because the major Chinese manufacturers also have facilities outside China. Ninestar, for example, has manufacturing plants in both Malaysia and the United States. We suspect some major Chinese remanufacturers will simply choose to make their supplies outside China to avoid the tariff.

In any case, all the tariff talk is giving the printer and supplies industry a lot to mull over as President Trump and the United States and President Xi Jinping and China battle it out over trade.