You are at:Home»Industry Insights»Seven Key Findings about Amazon’s Impact on the Printer Supplies Business

1. As Amazon Has Grown So Has the Number of Printer Supplies Sold on Its Marketplace 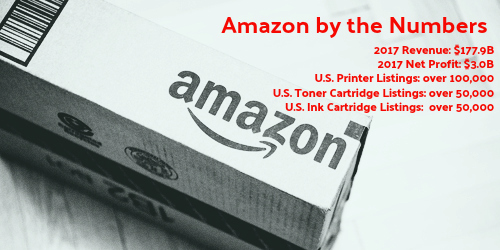 Amazon’s rise has sparked a fundamental shift toward e-commerce that has altered how consumers and even businesses purchase products, including the ink and toner cartridges used in printers. Today, a huge number of printer supplies are sold on Amazon. On Amazon’s U.S. site alone, listings for printers and supplies number in the hundreds of thousands.

2. Amazon Doesn’t Care What You Sell, It Cares How Much You Sell 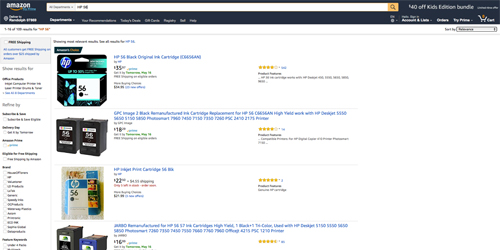 Product rankings are all-important to sellers on the Amazon marketplace. These are determined by your sales: either in dollars or units. In a crowded category like printer supplies, having a low price helps improve your sales and thus your ranking. With low prices being all-important on Amazon, certain companies have decided that one way to maintain margins on low-priced products is by disregarding intellectual property.

3. Amazon Has Opened the Floodgates to China and Bogus Cartridges Are Pouring In 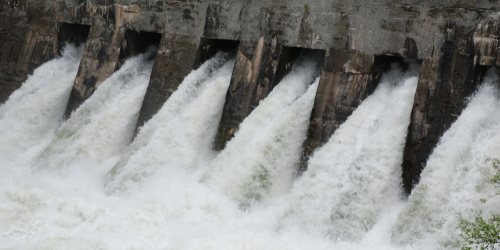 Amazon has given foreign sellers direct access to U.S. and European buyers. Chinese sellers now account for one-quarter of Amazon’s marketplace. This has sparked more counterfeits than ever on Amazon. Meanwhile, patent-infringing new-build cartridges, also known as clones, that are manufactured in China and other Asian markets are finding as easy path to Western markets via Amazon. All legitimate supplies vendors—OEM and third-party alike—are losing sales to clones.

4. Printer OEMs Are Taking Action to Curb Infringement on Amazon but Only Indirectly 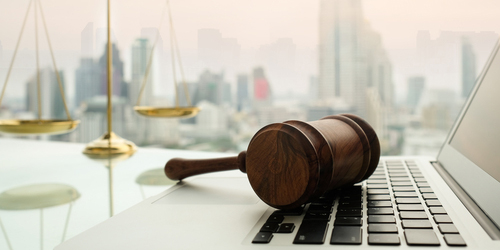 OEMs are well aware that counterfeit and infringing cartridges are a huge problem on Amazon. They have taken and continue to take actions to combat the third-party sellers peddling illegal supplies on Amazon. Also, U.S. Customs seems to be aware of the problem and has issued a number of seizure-and-forfeiture orders related to printer consumables to Amazon. But, so far at least, no OEM has tried to take on Amazon directly in the courts. 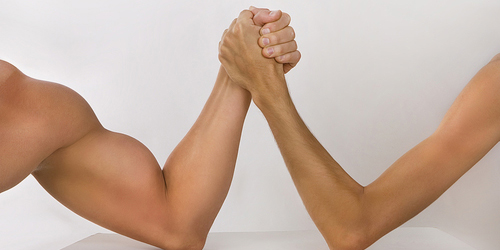 There is a power imbalance between Amazon and the many companies that sell their products on Amazon’s marketplace. Some of this stems from how enormous Amazon has become. Printer OEMs, who are best positioned to do something about the counterfeit and infringing cartridges sold on Amazon, need Amazon far more than Amazon needs them. Of course the same is true for third-party supplies vendors, too.

6. The Law Is on Amazon’s Side—for Now 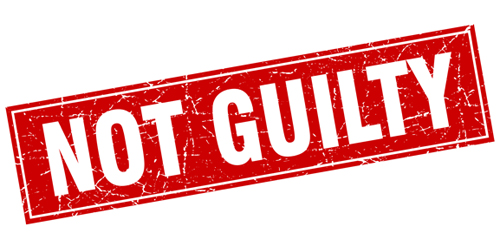 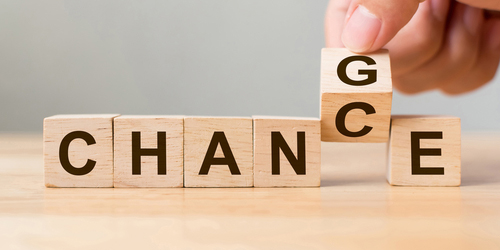 While the law may not have kept up with the changes wrought by vast online marketplaces like Amazon, that doesn’t mean that will always be the case. New lawsuits are filed all the time, and one new lawsuit in particular seems to have some potential to make Amazon responsible for counterfeit products that are shipped from and sold by Amazon.

These are just a few of the main findings from Actionable Intelligence’s new four-part series of articles on Amazon and its impact on the printer supplies industry.

Links to these articles, which are available only to Actionable Intelligence subscribers, appear below.

The Age of Amazon Part 1: Amazon Redefines How the Imaging Supplies Industry Does Business

The Age of Amazon Part 2: Counterfeit and Infringing Consumables

The Age of Amazon Part 3: The Struggle to Police Vast Open Markets

The Age of Amazon Part 4: Supplies Vendors Lack Leverage but That Could Change