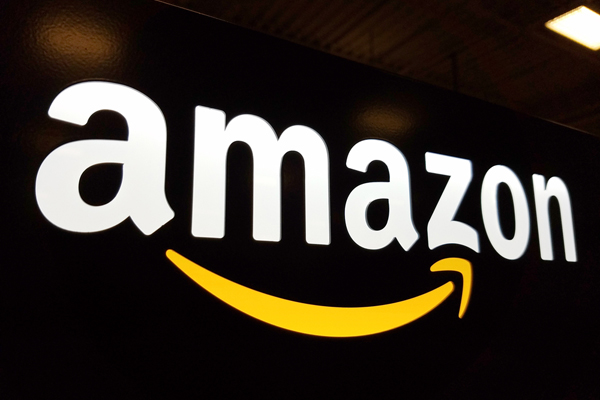 On September 18, Canon Inc. put out three press releases about the removal of patent-infringing toner cartridges from Amazon. The printer maker announced the removal of one Amazon Standard Identification Number (ASIN) sold in Canada by Gotoners, five ASINs sold in Canada by TUCAN INKS, and a whopping 62 ASINS sold in the United Kingdom by Ciberorg Ltd.

Since September 7, 2018, when Canon first began announcing the removal of infringing toner cartridges from Amazon sites, the OEM has issued 115 press releases about removing specific Amazon sellers’ listings, plus three announcements about total takedowns in France; the United States; and Germany, Italy, Spain, and the United Kingdom (see “Canon Announces 35 Toner Cartridge Removals from Amazon France” and “Canon Announces Amazon Takedown Totals Plus Some New Removals”). Over time, Canon’s campaign to protect the patents it holds on toner cartridges from infringement by Amazon sellers has expanded to include seven countries (Canada, France, Germany, Italy, Spain, the United Kingdom, and the United States), hundreds of sellers, and well over a thousand ASINs successfully removed. Essentially all the aftermarket toner cartridges removed to date have been new-build compatible toner cartridges designed to replace original cartridges used in HP LaserJet printers and MFPs, which Canon manufactures for HP Inc.

Actionable Intelligence periodically publishes free, downloadable reports that summarize Canon’s Amazon activity. For the latest, see “Canon Gets Amazon to Pull Huge Number of Aftermarket Toner Cartridges.” Actionable Intelligence will continue to track the sellers, patents, ASINs, and cartridge models involved in each takedown Canon announces. However, because our tables tracking this data have become increasingly long, we will no longer publish these tables with each and every article about Canon’s Amazon activity and instead will reserve these tables for our periodic reports.

Canon’s focus on Amazon.ca (Amazon Canada) is relatively recent. The OEM first announced a takedown from Amazon Canada in May (see “Canon Announces Toner Takedowns from Amazon Canada and UK”). Including the announcements issued on September 18, Canon has issued 10 press releases about its activity to protect its toner cartridge patents from infringement on Amazon.ca.

On September 18, Canon announced that it had filed an infringement report with Amazon.ca requesting the removal of certain toner cartridges sold by Gotoners. The seller page on Amazon.ca for Gotoners, which is also sometimes capitalized GoToners, exhibits the usual lack of detail we see about Amazon sellers in North America, including only the seller’s vow of high standards of customer service and its 98 percent positive rating. The firm’s storefront includes printer supplies featuring GoToners, Gotoners, InkSpire, C1, and Pantum branding. Gotoners operates its own retail website (https://gotoners.com). The firm’s website states:

At Gotoners, we go to work every day to offer Canada with the best imaging supplies with the most affordable pricing. Hopefully prevent awkward situations where you have to spend $200 on cartridges for your $99 printer.

The Gotoners trademark was issued in 2018. The applicant was Yizheng Li of Markham, Ontario, Canada.

On September 18, Canon issued a separate press release saying it filed an infringement report with Amazon.ca seeking the removal of certain toner cartridges sold by TUCAN INKS. TUCAN INKS’ seller page on Amazon.ca is similar to that for Gotoners in that it only vows the “highest” standard of customer service and displays its customer rating, although in TUCAN INKS’ case this included the ratings of a mere 16 customers. The seller’s storefront on Amazon.ca is small, including only 33 items as of the time of writing—all of them third-party ink or toner cartridges. That is all we were able to find out about this particular Amazon seller.

Canon says that after it filed its infringement reports with Amazon.ca about the ASINs sold by Gotoners and TUCAN INKS, the online marketplace removed the above identified listings.

Canon concludes the press releases with its standard verbiage:

Filing an infringement report with Amazon.ca is a service offered by Amazon and does not constitute an official finding of infringement. The decision to take down a product is in the discretion of Amazon and is based on information provided by Canon.

Also on September 18, Canon issued a press release about a patent-infringement report it filed with Amazon.co.uk (Amazon UK) about certain toner cartridges sold by Ciberorg Ltd. According to the UK’s Companies House service, Ciberorg is based in Manchester, England, and was incorporated in 2009. Ciberorg operates its own retail website called CiberDirect (https://ciberdirect.co.uk/). According to seller information on Amazon.co.uk, Ciberorg sells its products on Amazon under the dame Ciberdirect. The Ciberdirect storefront on Amazon UK includes a variety of aftermarket consumables sold under the firm’s own brand.

Canon’s report to Amazon.co.uk asserted that certain cartridges sold by Ciberorg that were designed to replace the HP 304A-series toner cartridges (CC530A, CC531A, CC533A, CC532A) infringed claims 1 and 2 of the UK portion of Canon’s European Patent EP 1 977 289 (’289). This is the European equivalent of the Canadian patent discussed above.

Canon concludes by stating what it does in almost every one of its European-focused press releases about Amazon:

Filing a Report Infringement Form with Amazon is a service offered by Amazon and does not comprise any official finding of validity or infringement of a patent. The decision to take down a product is in the discretion of Amazon and is based on information provided by Canon. Amazon informed the vendor about the takedown and the vendor may object to it.

The announcement about Ciberorg is one of the biggest batch of cartridge removals we have seen Canon announce to date. Over one year into Canon’s public campaign to remove infringing cartridges from Amazon, it seems there is no shortage of infringing toner cartridge for Canon to report.