Importers expecting to be impacted by the United States’ newest round of tariffs on Chinese goods, estimated to affect about $300 billion worth of imports, are preparing for the worst even as they are hoping for the best. On November 7, there was some good news, at long last, in the bumpy up-and-down ride of U.S.-China trade negotiations. Reports out of China indicate that the U.S. and China may begin canceling planned tariffs on imports in stages, sending world stock markets up. 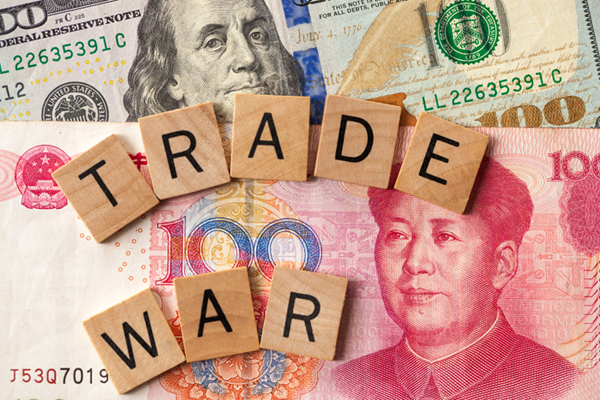 In other news, this marks the first full week that the Office of United States Trade Representative (USTR) has opened its web portal for submitting requests for exclusions from the $300 billion round of tariffs, some of which went into effect September 1 with others slated to take place in December. Some companies have already filed exclusion requests. From our industry, we noticed requests for exclusions from Ninestar, Aster Graphics, and Swift Ink.

Since June 2018, the United States has imposed tariffs on goods imported from China in four different rounds:

On November 7, Bloomberg, Politico, and other news outlets reported that as the United States and China move closer to a trade deal, the two countries have agreed to remove tariffs on each other’s goods “in phases.” Citing a spokesperson from China’s Ministry of Commerce, the Bloomberg article says that negotiators have “ had serious, constructive discussions and agreed to remove the additional tariffs in phases as progress is made on the agreement.”  Tariffs will begin to be removed “once their leaders sign an interim deal towards ending a costly trade war,” says Politico, citing the same source. No other details on which tariffs may be lifted and when were available.

Any good news is welcome. The ongoing trade war has sent China’s economy into a slowdown, has the potential to negatively affect the worldwide economy, and has hurt financial results at many companies worldwide, including printer OEMs.

Still, we have been at this very place before. Over the past couple of years, we have heard promises that negotiators would soon reach a deal only to find those hopes later dashed and new tariffs implemented as the trade war has escalated. So, we think, any optimism that the long-awaited U.S.-China trade agreement is nigh must be tempered with a good deal of caution.

On October 24, the USTR published in the Federal Register its procedures to exclude particular products from the latest round of tariffs on Chinese goods. The portal (https://exclusions.ustr.gov) for submitting requests officially opened on October 31. January 31, 2020 is the last day for submitting exclusion requests.

Ninestar’s arguments for exemptions on ribbon, ink, and toner cartridges are all very similar. The company states that 95 percent of these cartridges are manufactured in China, adding, “Quality and price are good and accepted by US consumers. Production in the US would cost roughly 4-5 times current price, which would make [ribbon, toner, ink] cartridges not affordable for home or office printing.” The firm adds that similar products with similar quality and price points are not available from the United States or other countries. “Additional tariff will cause price increase. Consumers can’t afford such high price,” Ninestar warns.

Ninestar points out that ribbon cartridges have been made in China for over two decades, while ink and toner cartridges have been made there for over a decade. These “are not products of a strategic nature,” Ninestar stated. The company also claims that ribbon, toner, and cartridges are “impossible to produce in the USA at a price American consumers can afford.” As for toner and ink cartridges, Ninestar says that “America never had a compatible …cartridges industry and Chinese production doesn’t threaten any manufacturing industries in the USA.” Ninestar also says it attempted to find alternate suppliers of these products via Google searches and attending trade shows but was unable to do so.

Aster’s argument for an exclusion on toner cartridges states, “The products imported from China were uniquely designed by one and the only one manufacturer in the world Jiang Xi Yibo Tech.” The firm says its toner cartridges are based on “ their own proprietary design” that “doesn’t infringe” OEM patents. Aster adds, “Moreover all the products also contain their own Intellectual Properties and Patents design that were not licensed to any third party in the world.” Interestingly, Aster notes that OEM makers of toner cartridges have “successfully obtained general exclusion orders,” but the firm insists, “the toner cartridges manufactured by Jiang Xi Yibo Tech have never been subjected to any general exclusion orders obtained by the OEMs.”

Aster says, “All of the new build compatible toner cartridges are only available from China. The compatible toner cartridge industry has been developing for around 30 years in China, it has formed a highly integrated and mature industrial supply chain in this country, which includes raw materials (such as chips, toner, photosensitive drum, magnetic roller, primary charging roller, developer roller, wiper blade and other accessories), equipment and technicians. In addition, there are thousands of patents registered by Chinese compatible toner cartridge manufacturers which is unachievable for any other third country. Because of the high threshold of this compatible industry, it will cost a large amount of time and money for other third country to enter.”

Swift Ink’s request for an exclusion on ink cartridges is very similar to Ninestar’s request for an ink cartridge exclusion and even uses identical language in many places. However, Swift Ink does add one interesting section not found in Ninestar’s request that states, “Chinese sellers are shipping goods directly from China to customers via Amazon—and those shipments are not subject to taxes, making it more difficult to compete with Chinese sellers in 2019.”

It is possible to file responses to exclusion requests. And, as noted above, the period for filing exclusion requests is still open, so we will undoubtedly have more to report on this front. As we noted earlier this fall, the USTR received thousands of exclusion requests to previous rounds of tariffs. We tracked many filed by printer OEMs on consumables. In general, the end results were mixed. Some exclusions were granted, but many more were denied (see “USTR Announces Some Tariff Exemptions”).

Actionable Intelligence looks forward to following whether the United States and China finally reach a trade deal that results in some of the tariffs being lifted and, if not, whether any of the latest exemption requests are granted.