You are at:Home»Industry Insights»The Big Picture: OEM Financials for the Quarter Ended in December 2019 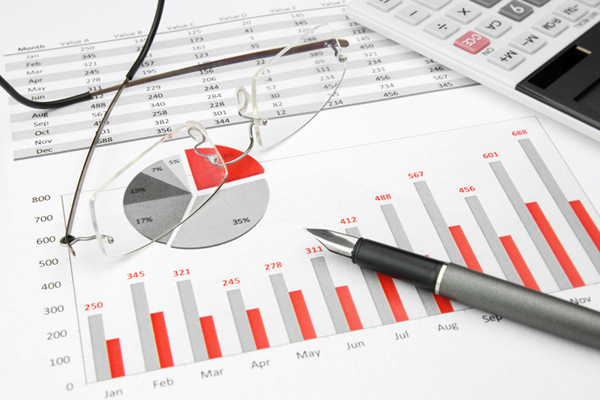 In late January and throughout the month of February, printer OEMs announced financial results for the three-month period ended December 31, 2019.

For this article, we once again reviewed OEMs’ latest financial results. It was a depressing exercise the first time around, as we reported on individual companies’ financials, and even more depressing when looking at the industry’s performance as a whole. Fiscal 2019 was already challenging for the printer/MFP hardware and supplies industry, and in what is either OEMs’ Q3 or Q4 (or in HP’s case Q1), market conditions did not improve. In fact, it seems fair to say things went from bad to worse.

OEMs pointed to many of the same ills that have been plaguing them in recent quarters, including a slowdown in China and other emerging markets, uncertainties in Europe’s economy, and unfavorable currency exchange. But new concerns mounted in the latest quarter: new tariffs took effect, and most OEMs struggled to find pockets of growth amid steep declines. Although the quarter ended before the coronavirus began impacting the industry, the virus is now spreading outside China. HP’s quarter ended later than other OEMs, and it said it expects an 8-cent negative impact to earnings per share in Q2 as a result of the virus. Moving forward, we expect to see more OEMs talking about a hit to their business as a result of the outbreak.

Meanwhile, the will-they-or-won’t-they-merge drama between HP and Xerox continued. Xerox has said it will make its offer to HP shareholders on March 2, while HP has adopted a “poison pill” and a shareholder value-creation plan to try to prevent a hostile takeover.

Altogether, these are uncertain times for the industry. Last year, Actionable Intelligence began talking about the industry reaching a new downward inflection point. Looking at the latest quarterlies from printer OEMs, that concern seems well-founded.

Just a short time ago, the industry had seemed to reach a new normal. In most quarters, OEMs would post modest revenue declines but managed to grow profits quarter after quarter. That is pretty characteristic of a mature industry. But those were halcyon days compared to the brutal quarter just ended. 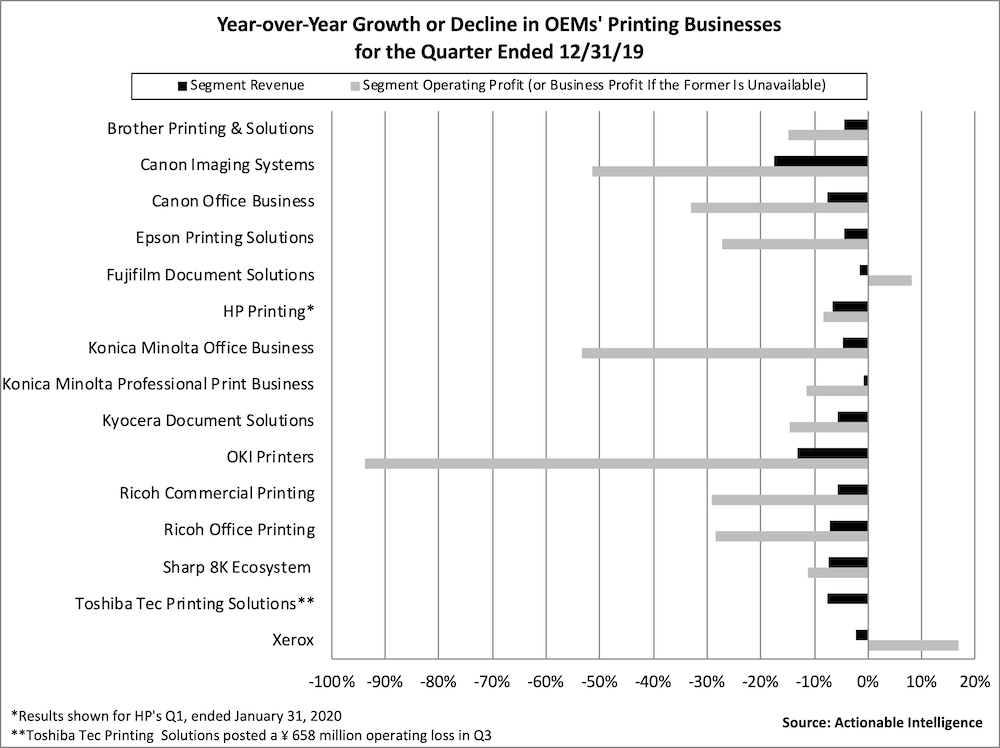 Every other printer OEM we follow saw revenue and profits shrink in their printing businesses in the quarter ended in December.

About as many OEMs revised their full-year forecasts this quarter as did last quarter. Of the 12 OEMs we track, seven made adjustments with their previous quarter’s results. With this quarter’s results, six OEMs adjusted their guidance, and two (Canon and Xerox) provided their initial forecast for the year ahead.

As shown below, with a few exceptions (Kyocera, OKI, and Sharp, all of which have other stronger-performing businesses), those OEMs working to wrap up fiscal 2019 expect declines or, at best, mixed years. Those firms like Canon, HP, and Xerox forecasting 2020 had more upbeat outlooks, but we are using that terms loosely and mainly in terms of profit forecasts. For example, HP expects continued printer hardware unit declines and supplies revenue declines in the year ahead and, in fact, says its supplies revenue will decline through 2022. Xerox forecasts an improved revenue trajectory, but the firm is still forecasting a revenue decline. 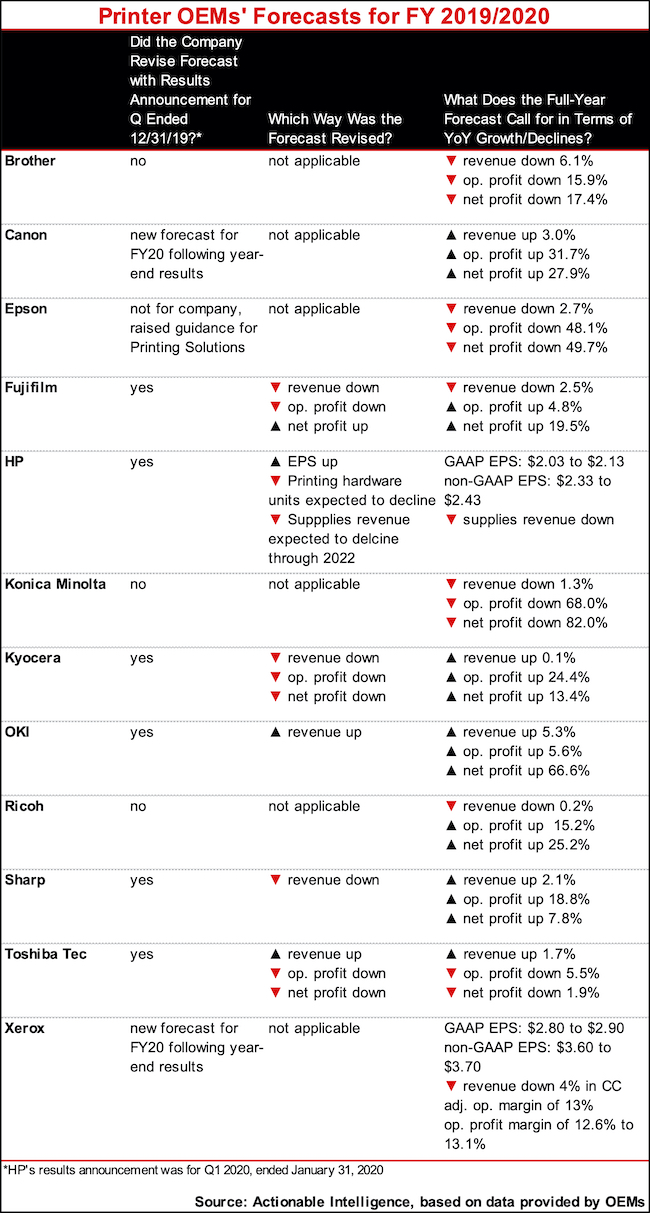