A government agency in the Netherlands has conducted an inspection of certain third-party toner cartridge brands. Some contained high concentrations of hazardous substances, so the manufacturers have pulled the products from the market and are no longer allowed to sell them in the country. 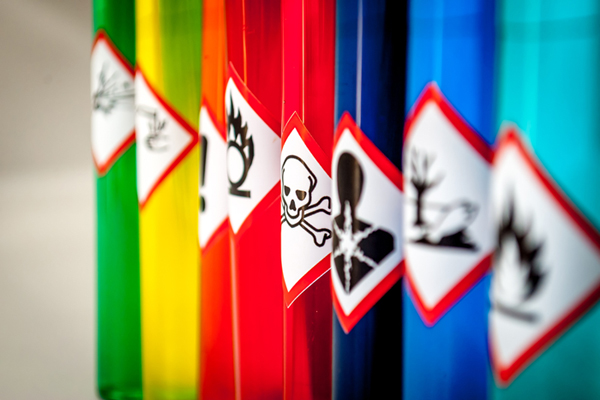 De Inspectie Leefomgeving en Transport (ILT), which translates in English to the Human Environment and Transport Inspectorate, is the supervisor of the Ministry of Infrastructure and Water Management in the Netherlands. The group focuses on enforcing laws and ensuring safety, trust, and sustainability in transport, infrastructure, the environment, and housing in the Netherlands.

ILT said enforcing RoHS is part of “market surveillance,” adding, “This subject currently is dealt with by the (internal) ILT program Sustainable Products. RoHS inspections in general are carried out on a regular basis, both by us (ILT) and by Dutch Customs (on behalf of and together with us).”

On April 14, ILT announced that it carried out an inspection of various “house-brand” or “private-label” toner cartridges used in laser printers. In response to our queries, ILT said it defines a private-label brand as one that is used by an “economic operator.” The group added, “It is used for articles that are produced on behalf of the economic operator, and is thus opposed to the manufacturer’s brands.” In other words, these are third-party cartridges sold under different brand names by resellers and other distributors.

ILT found a high concentration of hazardous substances in five private-label toners from two companies. The announcement said the providers have since withdrawn these private label toners from the market and are no longer allowed to sell them. The toner cartridges that the providers still had in stock were returned to the manufacturer or an accredited processor, with the cost for this borne by the providers.

ILT’s press release declared, “Electrical and electronic equipment can contain substances that are dangerous to people and the environment. Manufacturers, importers and distributors must ensure that their products do not contain these hazardous substances and/or do not exceed the maximum permitted concentration of these substances.”

ILT’s press release explained that the group tested a total of 35 private-label toners that were offered on the Dutch market by seven companies. “It turned out that four of those house brands contained too high a concentration of the prohibited substance bromide (a flame retardant). In addition, the inspection found the prohibited substance lead in one private-label toner.”

Unfortunately, ILT could not name names. “We do not release names of suppliers, manufacturers or brands,” the group told us.

ILT told Actionable Intelligence that it decided to conduct testing of these private-label or house-brand toner cartridges after “Spain sent a monitoring signal to the European Commission.” ILT explained, “This was a signal of excessively high PBDEs [polybrominated diphenyl ethers]in private label toners. The Commission has discussed this signal on the RoHS AdCo, the EU consultation with EU inspectorates responsible for the RoHS.”

According to ILT, this was the first time it examined toner cartridges to determine if they contained prohibited substances. ILT says it is not aware of another Inspectorates that have investigated prohibited bromides in toners.

ILT reported that this inspection focused only on toner cartridges. While the group found toner cartridge with elevated levels of hazardous substances, it said, “The results do not give rise to further inspections.”

The third-party toner cartridge industry thus has had notice for quite some time now that it was essential to ensure compliance with European environmental regulations. It is disappointing to see that some manufacturers are still flouting the law and selling third-party cartridges with elevated levels of hazardous substances.

Time will tell if news of the manufacturers involved will emerge of if other countries’ agencies will conduct similar testing.