Starting on September 13, 2016, reports began circulating that an HP firmware update on OfficeJet and OfficeJet Pro inkjet printers and all-in-ones using the HP 934/935, HP 950/951, and HP 970/971 cartridge families prevented the use of many third-party cartridges.

The HP 934/935, 950/951, and 970/971 are enormously important cartridges—both for HP and for third-party inkjet supplies firms. This is not only because they are used in a wide swath of OfficeJet and OfficeJet Pro devices sold in recent years but also because these printers tend to be used in higher-volume environments that churn through more cartridges than the typical household.

Firmware updates to printers that prevent the use of remanufactured, refilled, and compatible cartridges are nothing new. Such updates are beneficial from the point of view of OEMs, but they can be irksome to end users who use aftermarket cartridges, as evidenced by the flurry of articles sparked by HP’s update. For chipmakers and aftermarket cartridge manufacturers and resellers, OEM firmware updates are both incredibly disruptive and expensive. If a firmware update is serious enough, third-party chips must be redesigned, and cartridge manufacturers and resellers must replace cartridges with the old chip design with the new, while fielding customer complaints about the old cartridges no longer working.

This is not the first time HP has used firmware updates on devices using HP 950/951 cartridges that had the effect of locking out aftermarket cartridges. For example, back in 2014, Apex Microelectronics said the HP was marketing new inkjet devices, including machines using the HP 950 cartridges, with factory-updated firmware that “posed a higher requirement on the technology of aftermarket chips” (see “Apex Releases Chips for HP Printers with Firmware Upgrade”). In the first quarter of 2015, HP released a firmware update that generated errors if third-party inkjet cartridges were used in devices employing this cartridge family (see “Inkjet411 Reports New HP Firmware Update May Cause Problems When Refilling HP 950/951”). 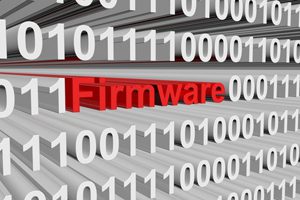 Typically, customers have to elect to update their printer firmware. What seems different this time around is that customers all began experiencing problems using third-party cartridges on the same exact date, September 13.

The HP firmware update that rendered so many third-party cartridges unusable has garnered some press coverage. BBC News quoted a source as saying that no firmware update had been issued for these HP inkjet machines since March 2016 and that “the change had been pre-programmed to roll out this month.” SlashGear reported that HP “snuck in” a “failure date” for third-party cartridges. Ars Technica posted the headline “HP nukes third-party ink cartridges with DRM firmware update.” These are just a few of many articles posted about the third-party-cartridge-killing firmware update. Most of the articles cite information from Dutch reseller 123inkt.nl. 123inkt.nl, which is operated by a company called Digital Revolution, published a press release on its website on September 16 explaining that it believes a firmware update that HP developed in 2015 and rolled out to inkjet devices in March 2016 (around the time we covered the Inkjet411 post about a problematic HP firmware update) caused various inkjet devices to stop accepting third-party cartridges as of September 13, 2016. On September 19, 123inkt.nl issued another release on its website saying it would have new chips for affected customers next week and that chips are “easily replaceable” on its cartridges. The Dutch firm also vowed to set up a foundation to represent customers and take legal action against HP.

But there is another theory rather than a “failure date” snuck into an HP firmware update in 2015/2016. Mr. Leon of LD Products says that it appears that the latest HP OfficeJet/OfficeJet Pro firmware update was rolled out as part of Microsoft’s update on Windows 10, which was released on September 13. He states, “In the past customers had to opt into them [firmware updates]or even download them themselves.  In Microsoft 10 it appears HP has gotten permission to make firmware updates part of the consistent Microsoft updates that people are used to. They seem to get rolled out to a much bigger portion of the user base.” Mr. Leon adds, “I doubt Microsoft knows what HP was up to and the firmware updates do nothing but stop aftermarket cartridges. If they did I’d bet they take HP printer updates out of the automatic Windows updates.” [UPDATE: Following the publication of this article, Mr. Leon has since commented, “It wasn’t just the Windows 10 auto update that made this such a big deal, but that was one factor. In the past users could opt to skip their firmware update when prompted about it. With Windows 10 it just goes and does it automatically.” He added that his firm’s ongoing research has revealed that it appears the firmware changes stemmed from a mix of preinstalled updates timed to go live in the future and pushed updates via the firmware update.]

HP is constantly improving security for its products and customers. Beginning in late 2015, HP implemented updates to the firmware related to the security chip in HP OfficeJet, OfficeJet Pro, and OfficeJet Pro X printers that maintains secure communications between the cartridge and the printer. The purpose of this update is to protect HP’s innovations and intellectual property. These printers will continue to work with refilled or remanufactured cartridges with an Original HP security chip. Other cartridges may not function. In many cases this functionality was installed in the HP printer and in some cases it has been implemented as part of an update to the printer’s firmware.

HP has since published the same statement to its newsroom.

HP did not comment specifically on whether it updated firmware as part of Microsoft’s update of Windows 10 or if there was a preprogrammed date for third-party cartridges to fail in an earlier release.

Whose Chips Were Affected?

We have heard from sources in the third-party supplies industry that Static Control’s chips for remanufactured version of these HP cartridges were not impacted by the firmware changes made last week and continue to function properly, but Apex Microelectronics’s chips were impacted. Apex acquired Static in 2015 (see “Apex Weds Static Control and the Reman Chip Industry Gets a Lot Smaller”). This would seem to indicate that despite the merger Static’s and Apex’s chips remain different for various cartridge models.

Static Control confirmed that its chips were not affected by HP’s latest firmware update. A Static Control spokesperson said, “We can confirm that Static Control’s chips for use in HP’s 950/951, 934/935, and 970/971 family of cartridges continue to function correctly. Static Control provides the industry’s most reliable, fully functional chips that are the most resistant to firmware changes.”

Whatever method HP used to make changes to firmware that caused problems for third-party cartridges users worldwide starting on September 13, it seems clear that HP will continue to use firmware updates as a means of preventing the use of non-OEM cartridges with third-party chipsets. It also appears that more of these firmware updates are happening automatically, without the end user necessarily being aware of the changes.

HP’s goal is clear—to keep as much of its installed base as possible buying HP original cartridges. Why would the firm want to do anything else? We should not expect a world in which HP actually makes things simple for the aftermarket and aftermarket cartridges users. To put it colloquially—it ain’t gonna happen.

Thus, aftermarket chipmakers and third-party cartridges makers and resellers will face an ongoing challenge anytime an OEM like HP updates firmware. Yet, third-party chipmakers seem up for the challenge—they are designing more firmware resistant chips and redesigning chips as necessary rapidly after firmware updates. HP developing new firmware as barriers and the aftermarket doing its best to jump the hurdles are just part of the aftermarket industry’s unique market dynamics. One thing that might disrupt this dynamic is if we were to see litigation from 123inkt.nl or others over the firmware updates—but that is still a big if at this point in time.