On December 16, China Labor Watch (CLW), an independent, nonprofit watchdog group that follows working conditions in Chinese factories, published findings from its investigations of two cartridge factories located in Zhuhai, China. The 33-page report, “Abuse in the Printing Supply Chain: An Investigation into Two Cartridge Manufacturers,” which is available on the group’s website, details the long hours and demoralizing working conditions that factory workers endure assembling third-party cartridges in China and the meager pay they receive for their efforts. 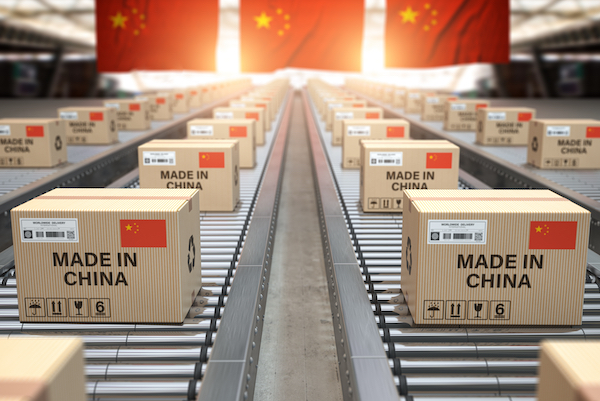 During the summer and fall of 2021, CLW says it dispatched undercover investigators to the Zhuhai National Resources & Jingjie Printing Technology factory and the Zhuhai Maetone Infotech plant. To evaluate working conditions, the investigators worked at each facility and interviewed dozens of employees at the plants. The CLW investigators also did a comprehensive investigation of procedures followed on factory production lines and assessed the quality of life of the workers employed by the two third-party supplies factories.

CLW’s report indicates that assembly-line workers at National Resources & Jingjie and Maetone Infotech factory floors put in excessive hours and may work weeks without a day off. According to the report, during peak periods, line workers on the National Resources & Jingjie plant work from 8:30 a.m. until midnight. “Workers do not get one day off every 14 days, as legally required; instead, the company only grants workers one day off a month during the peak season.” Inspectors found similar conditions at the Maetone Infotech plant where workers typically put in 11-hour days with only one day off per week. During the peak season, workers labor up to 14 days without a day off, and 13-hour days are not uncommon.

Although the bulk of CLW’s report focuses on conditions for workers in the two factories, the report does provide some insight into the factory workers’ lives off the production line. We learned, for example, that National Resources & Jingjie provides room and board to certain employees. “Each dormitory has 6 beds,” says the report, “but usually only 3 people live there.” The accompanying pictures, featured below, suggest life in the dorm is spartan, and by most standards rooms are dingy. The workers who live off campus are ferried to and from home in a shuttle bus that makes many stops. Most Chinese factories offer some kind of onsite recreation such as basketball courts. CLW points out, however, at the factories they inspected “workers rarely get to take advantage of the facilities, as there is virtually no leisure time.” 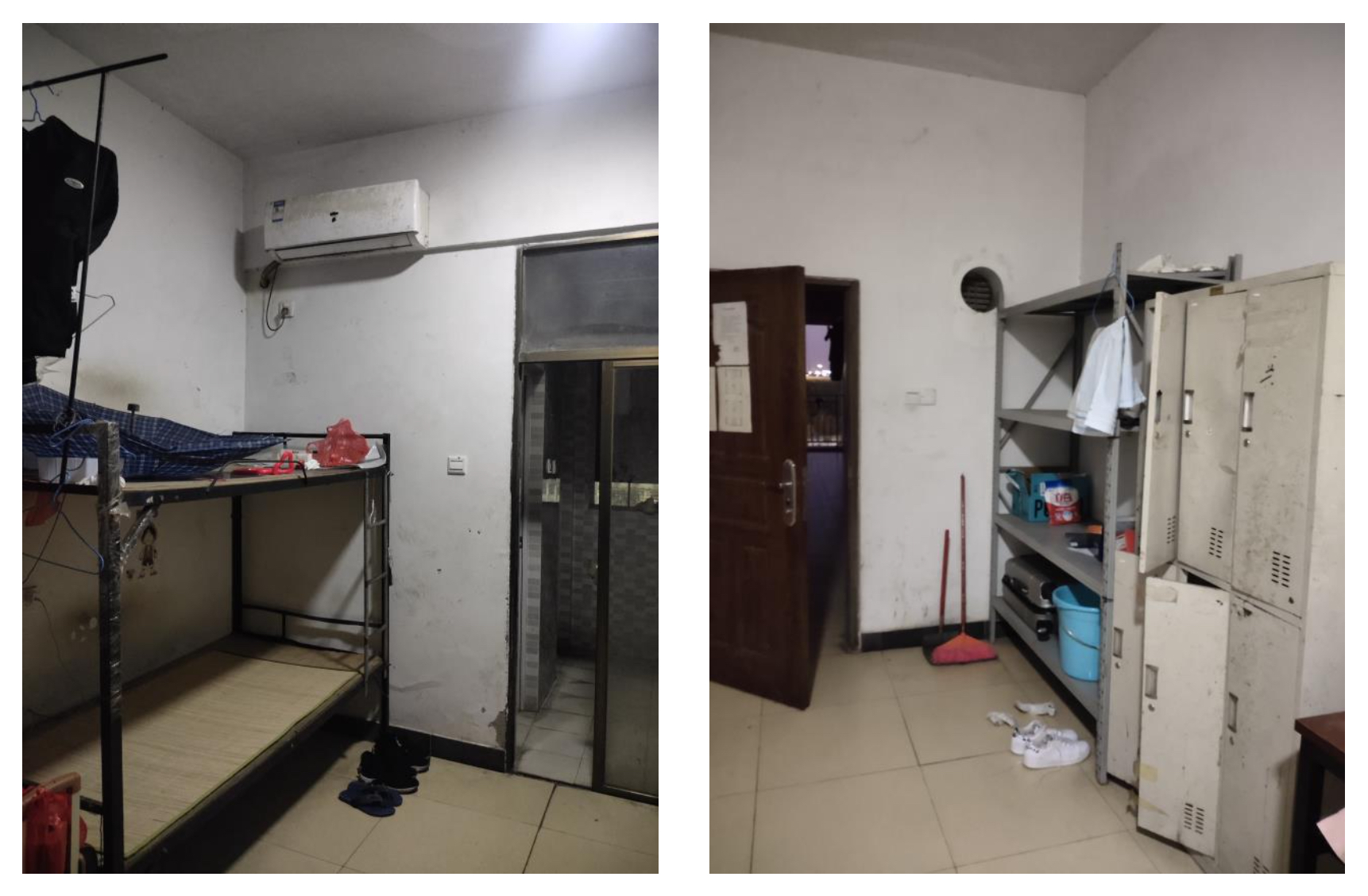 The inspectors reported that the workers they interviewed were often “aware that they are being exploited yet have no other choice to make ends meet.” Saying, “This factory has a black heart, which only grows blacker and blacker,” one worker told an investigator that during the pandemic hourly wages at the plant had been slashed by nearly 30 percent. Making only CNY 17 ($2.67) per hour before deductions, the worker said the job was becoming increasingly “meaningless.”

Overall, the investigators determined conditions at the plants where they worked were “unfair and unsatisfactory.” The report says the inspectors witnessed shady practices that violate various Chinese labor laws including issuing false pay stubs, failure to purchase workers’ social insurance, insufficient health and safety training, excessive overtime, and more. CLW documented what it found to be “blatant violations and exploitation of Chinese labor law.”

The CLW inspectors identified procedures at the Maetone Infotech and National Resources & Jingjie plants suspected to be in violation of provisions in the Safety Production Law of the People’s Republic of China. Specifically, the inspectors determined that workers at each plant were not adequately trained in production safety and worked without written contracts. More troubling were the investigators’ findings that workers often were not given enough time to rest between shifts and were not fully compensated in accordance with Chinese law when required to work extra hours.

One of the loopholes detailed in the report allegedly allows Maetone Infotech to skirt paying required overtime hourly rates. Because the factory satisfies Zhuhai’s required monthly minimum wage of CNY 1,720 ($270.22), CLW says the local government is unable to prevent “extreme overtime” at the Maetone Infotech plant. According to the report, if workers receive some amount of compensation, the local government’s “ability to enforce its own laws” is hampered. “This creates a vicious cycle of labor abuse,” says the CLW report, “wherein the factory fraudulently underpays workers their legally owed overtime pay, and in order to recoup the withheld overtime pay, workers are subtly coerced to work more hours and give up their legal right to time off.”

The inspectors also found that the Chinese third-party supplies plants they examined limit compensation and other employment benefits by having workers sign incomplete labor contracts. At the time new hires are onboarded, labor contracts used by Maetone Infotech and National Resources & Jingjie lacked critical information, including wages, job descriptions, and paid time off. The report says this information is added after the new hire has signed the agreement. “Workers at both factories did not know the terms and conditions of employment before they signed,” says CLW.

After its inspectors had worked at the factories for a couple of weeks, CLW concluded that workers at both facilities faced safety risks, and neither plant adequately addressed the hazards. One of the main concerns spelled out in the report was the lack of information that workers received regarding combustible dust explosions. Citing explosions at the Konica Minolta toner plant in Japan earlier this year (see “Konica Minolta Reports Explosion at Toner Factory in Japan”) along with other similar incidents, the report says that steps must be taken to control dust and warn workers about the risks it presents. The report was also critical of the failure of both plants to warn workers of the potential dangers presented by the hazardous waste products associated with improper handling of inks and toners.

Given that China is a communist nation and thus dedicated to workers’ rights, we were surprised to learn that CLW’s inspectors found neither of the two factories were unionized or provided “any form of worker representation.” Moreover, the factories did not have alternative lines of communications such as a workers’ hotline to report safety issues or register worker grievances. As a result, workers could be verbally abused by team leaders and other higher-ups simply for taking too much time in the bathroom. The report pointed out that the absence of worker representation is a violation of China’s labor laws.

Overall, CLW’s report presents a rather miserable picture of life for workers at the production facilities it investigated. In one poignant example, the report describes a female worker who began weeping on her first day of employment, exhausted after her very first hour at work. As her feet swelled from standing for 11 hours, she continued to cry “intermittently until the end of the day.” CLW says nobody comforted her because no talking is allowed during work hours.

The report found that these factories foster a demoralizing work environment and workers’ “life consists solely of working 11 hours a day, sleeping, and then going back to work.” As noted earlier, workers are routinely required to labor seven days a week for long stretches. “To add insult to injury,” the report says, “all Maetone factory workers‘ salaries were lowered because of COVID-19.”

CLW called on local and provincial leaders to work with the management at National Resources & Jingjie Printing Technology and Maetone Infotech to improve what the watchdog group terms “labor and human rights violations.” Many of the changes the group requested seem simple:

The group explains that the “exploitation of workers is not inevitable and should not be accepted as common practice in the Chinese third-party supplies industry or by the channels that sell third-party ink and toner cartridges from China.”

Although CLW’s suggested reforms seem basic in terms of human rights, these changes will not be easy to make. Indeed, it may be simply impossible for China’s third-party supplies industry to comply with CLW’s reforms and remain viable.

For decades, China’s consumables industry has enjoyed unbridled growth. Thanks to a seemingly endless pool of cheap labor and the deep pockets of local, provincial, and national governmental agencies, the industry has managed to compete almost exclusively on price. By slashing prices, Chinese firms have grabbed market share in regions around the world. It has come at a cost, however. For more than 20 years, non-OEM cartridge price points have endured relentless downward pressure and margins are razor thin. For many Chinese firms, those puny margins would vanish completely if manufacturing costs increased so that their factory workers could be paid a living wage.

We suspect that National Resources & Jingjie Printing Technology and Maetone Infotech would find it particularly challenging to raise the salaries of its workforce. Once among the fastest growing third-party supplies companies in China, these two firms have fallen on hard times over the past 10 years. In addition to seeing demand decline due to falling print volumes in many of the world’s most lucrative Western markets, Chinese firm like National Resources & Jingjie Printing Technology and Maetone Infotech have lost considerable share to China’s giant third-party supplies manufacturers like Ninestar Corporation and Hubei Dinglong. The competition for Maetone Infotech and National Resources & Jingjie Printing Technology and other second-tier vendors in China will only get only fiercer as the industry continues to consolidate and the big players get even bigger.

We expect that CLW’s eye-opening “Abuse in the Printing Supply Chain” report will be of interest to many of this website’s readers. The report presents a look at the human cost involved in achieving super-low price points on third-party ink and toner cartridges. We will be following the industry’s reaction.

If you’d like to share your experience at what it’s like to work at a factory making ink or toner cartridges, please contact our team at editor@action-intell.com. If you’d like to provide additional comments or insights about the report, please send us an email. Marking the email “confidential” ensures any feedback will be treated in strict confidence.