An uptick in seizures of counterfeit products is always a good news/bad news scenario, according to Guillaume Gerardin, senior vice president and general manager of print supplies for HP. The good news is that more counterfeits seized mean HP’s Anti-Counterfeiting and Fraud (ACF) program is doing an excellent job. As for the bad news, Mr. Gerardin said, “This industry is not even close to a slowdown on the illegal criminal activities that are taking place, unfortunately.” 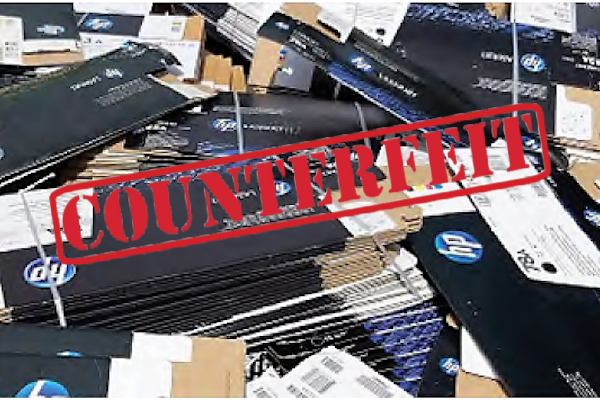 The Uptick in Counterfeits Continues 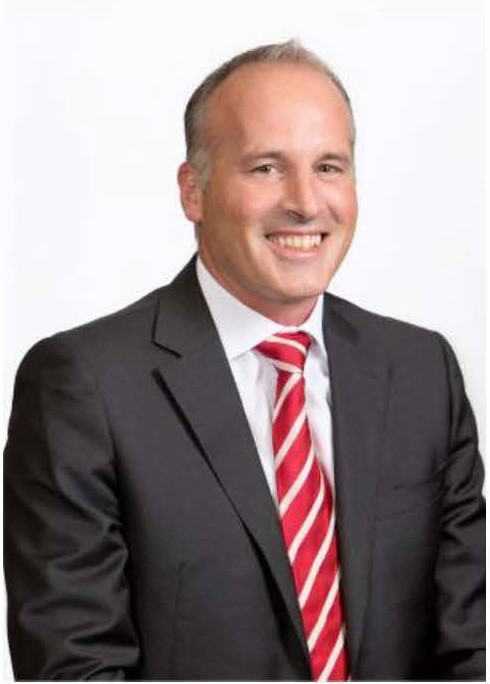 In the past, when Mr. Gerardin has briefed Actionable Intelligence on HP’s anti-counterfeiting activities (see “HP Supplies Chief Discusses Anti-Counterfeiting, Renewed Instant Ink, and Korean Litigation” and “HP Supplies Leader Discusses Efforts to Thwart Counterfeiters and IP Violators”), he has noted that HP has been detecting more counterfeits, especially online, amid the COVID-19 pandemic. HP thus has been stepping up its work to help authorities raid more counterfeiting operations, pulling down bogus listings on online marketplaces that infringe HP’s intellectual property, and educating channel partners and customers.

And that trend has continued in 2022. Mr. Gerardin told us that HP has continued to see a rise in counterfeiting activity this year. “We are increasing our seizures quite significantly year-over-year,” he said. “The number that I have is 2.6 million units were seized by us in the first half of this year. That is a double-digit increase versus the prior year, according to our tracking.” This figure includes not just counterfeit printer supplies but fake boxes and labels used to create counterfeit products. In comparison, during the firm’s last fiscal year, which ran from November 2020 to October 2021, HP reported that its ACF unit confiscated more than 3.5 million fraudulent print products, parts, and components (see “HP Discusses Anti-Counterfeit and Fraud Activities after a Busy Year”).

Mr. Gerardin stated, “Kudos to the team at HP. They do a fantastic job increasing the number of counterfeits seized. But the other side of the coin is bad. We face a lot of counterfeiting going on still.” He said even though HP seized an astounding 2.6 million counterfeit units in the first half of 2022, he is “sure it’s a fraction of what’s happening,” adding, “Despite all our efforts, it’s increasing.” Again referring to how this is a classic case of good news/bad news, Mr. Gerardin said, “On one side, we’ve made such an effort [to combat counterfeiting]and have achieved results. On the other side, that [increase in seizures]tells me that this is really a very important problem that continues to be very present in the industry, unfortunately.”

Mr. Gerardin pointed out that the worst thing about the rise in counterfeiting activity is that it doesn’t just hurt HP, it also negatively impacts consumers and businesses. “Consumers are being fooled, thinking that they bought an original OEM cartridge at the price of the brand and they are getting a copy product.”

HP original cartridges are designed to meet strict quality and reliability standards and to deliver superb performance and consistent results. Counterfeit cartridges aren’t just illegal, they are frequently poor-performing and can damage printers. After all, the individuals and entities willing to break the law and sell counterfeit goods aren’t overly scrupulous about the performance of their cartridges.

Mr. Gerardin explained that about half of the counterfeits seized in the first half of the year took place in Europe, the Middle East, and Africa (EMEA) region, but most of that was in Africa and the Middle East—something evident from local reports about raids and seizures of counterfeit HP products (see, for example, “HP Stays Vigilant against Counterfeiters with Seizures in African Cities,” “HP Seizes Counterfeits in Nigeria,” and “HP and Saudi Officials Seize Thousands of Counterfeits”). Mr. Gerardin said that the next biggest region in terms of counterfeits seized is Asia. He mentioned that HP has had some seizures in China in the first half of 2022. A smaller fraction of counterfeit seizures has been in Latin American countries including Bolivia, Paraguay, and Brazil.

When asked why HP is seeing such an increase in counterfeiting, Mr. Gerardin said that he cannot say for sure, but he suspects increased demand for print at home and the continued shift to online purchasing are contributing factors. He explained that people are searching for consumables online because of the pandemic, and counterfeiters see that situation as an opportunity. “It’s a risk and reward thing,” he stated, explaining that counterfeiters see less risk in selling online and believe they can profit off the shift in customers’ buying habits. “It creates more appeal for counterfeiters to manufacture more units,” he said.

HP’s ACF program is doing its best to change that calculus by ramping up its works in helping authorities to conduct raids, increasing online takedowns, helping channel partners to ensure their products are legitimate via HP’s Channel Partner Protection Audit (CPPA) program, and helping large and medium-sized customers to check their orders if they suspect they’ve received fake products via HP’s Customer Delivery Inspection (CDI) service. Still, as HP has seen over the last few years, thwarting counterfeiters is a never-ending activity.